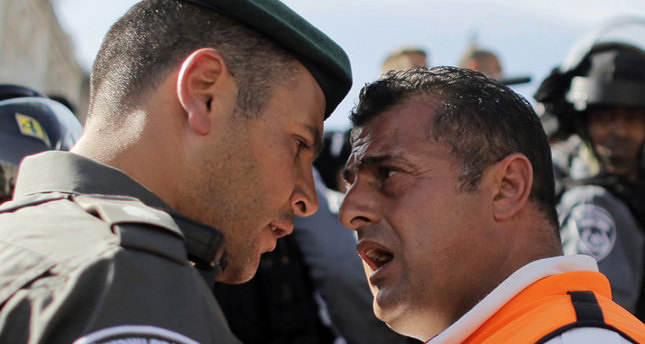 by May 16, 2014 12:00 am
RAMALLAH — Israeli forces shot dead two Palestinians during a stone-throwing protest yesterday marking the "Nakba", the annual commemoration of what Palestinians term the catastrophe of their displacement when Israel was founded.

Hospital officials said Muhammad Abu Thahr, 22, and Nadim Nuwara, 17, were both shot in the heart outside Israel's Ofer Prison near the Palestinian city of Ramallah in the occupied West Bank.

The Israeli military declined comment, saying border police were involved in the incident. A police spokesman told Reuters he was aware of the protest, but did not have any confirmation that live ammunition was used. "The use of live bullets on protesters is a dangerous escalation by (Israeli Prime Minister Benjamin) Netanyahu's extremist government which aims to drag the region into a new cycle of violence," Wasel Abu Youssef, a senior Palestinian official, told Reuters.

Ofer prison has been a focal point of Palestinian anger over Israel's detention and occupation policies. Around two hundred demonstrators waved flags and threw stones there, marking the 66th anniversary of the "Nakba," meaning catastrophe, when many Palestinians fled or were expelled from their towns and villages during the war of Israel's foundation in 1948.