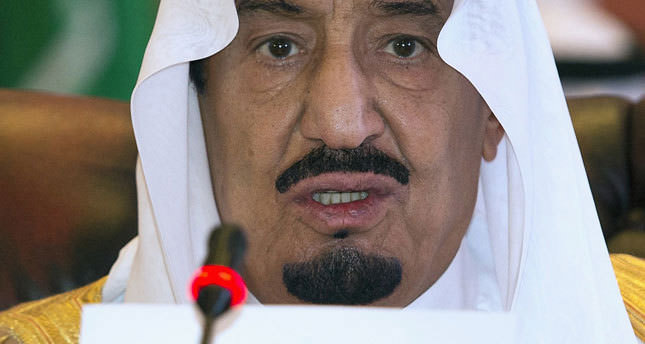 by AA May 19, 2014 12:00 am
THE HAGUE — Saudi Arabia is considering trade sanctions against the Netherlands because of stickers printed by Dutch far-right politician Geert Wilders which display anti-Islam slogans on the Saudi flag, Dutch press reported on Monday.

In effect, Dutch companies in Saudi Arabia may face obstacles when starting new endeavors in the country while businessmen from the Netherlands are also expected to face difficulties in acquiring visas, according to local media.

Wilders, the leader of the far right Freedom Party (PW), altered the Saudi flag in December, 2013, using the Arabic alphabet to include insults to Islam. He put the modified flag on the door of his office in the Parliament building. He then proceeded to urge his fellow countrymen to do the same, a move condemned by the Dutch government as well as opposition parties.

Dutch Foreign Minister Frans Timmermans said he planned to visit Saudi Arabia soon in an effort to smooth over the situation, adding that he did not approve of Wilders' action.

This is not the first time Geert Widlers has sparked controversy. He had previously compared the Koran to Adolf Hitler's Mein Kampf. He was acquitted of charges of "hate speech against Muslims" in 2011 by the Dutch court on the grounds that his comment targeted a religious group and not an ethnic one.