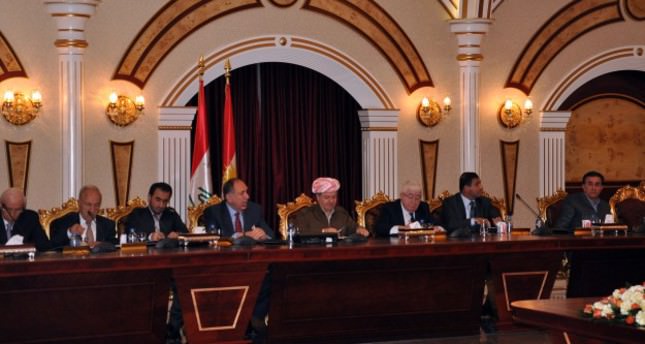 BAGHDAD — A top Iraqi Kurdish lawmaker has urged the newly elected parliament to change the constitution to pave the way for the creation of an Iraq confederation.

"The House of Representatives needs to amend the constitution to allow a confederation because it is the ideal solution for Iraq's problems," Deputy Parliament Speaker Aref Tayfour said in a statement on Sunday.

"This [demand] is the right of the Kurdish people who have suffered for decades under successive totalitarian regimes," he added.
Kurds are Iraq's second largest ethnic group after Arabs, with a population of around 5.2 million, according to the latest estimates by the autonomous Kurdish administration in Northern Iraq.

Relations between Baghdad and the Kurdish administration have been strained for years.

Bones of contentions include the annual state budget, oil exports and relations with the central government in Baghdad.

The Kurdish region of northern Iraq is believed to have one of the largest untapped oil reserves in the world, with more than 45 billion barrels of oil according to some estimates.

In November 2013, the Kurdish administration signed an agreement that would enable Kurdish oil to flow to Turkey's port of Ceyhan.
Baghdad opposed the agreement on the ground of bypassing the country's national oil company, State Oil Marketing Company, and violating Iraq's constitution.

For months, Irbil and Baghdad have been embroiled in a row over oil revenues shares.

"There is a pressing need for a tangible political change," Tayfour said. "The new parliament must recognize the reality on the ground."

Despite security concerns, more than 12 million Iraqis went to the polls on April 30 in the first parliamentary elections since the 2011 U.S. withdrawal, registering an unexpected 60 percent voter turnout.

Official voting results are expected to be announced on May 25.

Incumbent Shiite Prime Minister Nouri Al-Maliki is seeking a third term in office despite fierce opposition from many, particularly Sunnis.