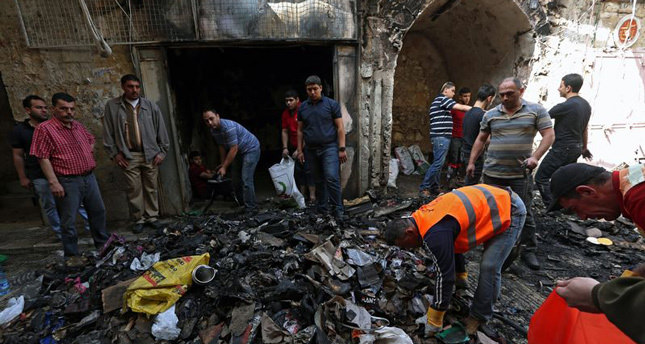 by AA May 22, 2014 12:00 am
NABLUS — A number of Palestinians suffered temporary asphyxiation early Thursday as a result of Israeli teargas following clashes in eastern Nablus between Palestinian demonstrators and Israeli soldiers tasked with guarding Jewish settlers who stormed a local shrine there.

According to eyewitnesses, Israeli soldiers used teargas, rubber bullets and stun grenades to disperse Palestinians who had gathered to protest the Jewish settlers' presence at Joseph's Tomb, a holy site venerated by both Muslims and Jews.

Palestinian protesters blocked roads in the city with burning tires and pelted Israeli military vehicles with stones before Israeli soldiers opened fire on them with teargas and rubber bullets, eyewitnesses added.

Jews believe the site to be the burial place of the biblical patriarch Joseph. Muslims, however, challenge this claim, saying an Islamic cleric – Sheikh Yussef Dawiqat – was buried at the site two centuries ago.