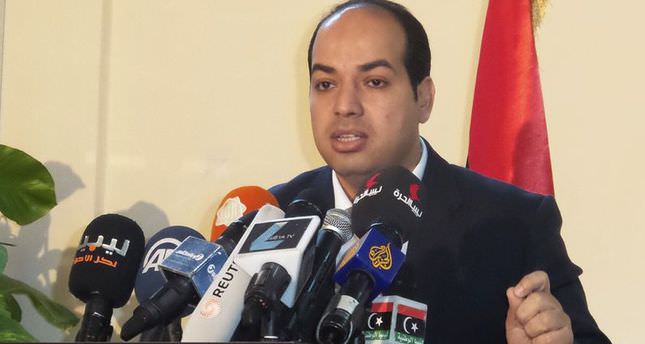 by AA May 27, 2014 12:00 am
TRIPOLI — Newly-appointed Prime Minister Ahmed Maiteeq and his family survived an attack on their private residence by rocket-propelled grenades (RPGs), an aide to Maiteeq said Tuesday.

Maiteeq and his family were not harmed in the attack, in which two militants targeted his house with RPGs, Nedal Remeida told Anadolu Agency.

He said the two militants had been seized and were currently receiving treatment after having sustained injuries.

"We are not accusing anyone," Remeida said. "We will wait for the investigation results."

Concerns that Libya might descend into civil war have mounted over the past two weeks, since forces loyal to renegade army general Khalifa Haftar declared war on a group of militias – some of which have been absorbed into the army – in the eastern city of Benghazi.

The government in Tripoli, for its part, has described the general's move as an attempted "coup."

Libyan authorities have struggled to restore law and order since the ouster and death of strongman Muammar Gaddafi in 2011 amid the continued refusal of armed militias – which had helped overthrow Gaddafi – to give up their weapons.