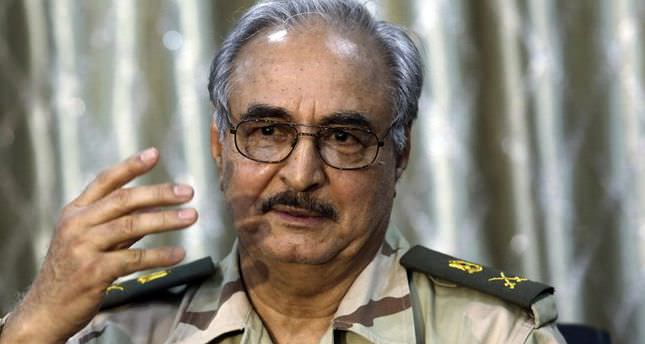 " Haftar will follow al-Sisi's footsteps if the Libyan people ask him to run for president,"Haftar spokesman Mohamed al-Hegazi told Anadolu Agency on Thursday.

Unofficial results indicate a resounding victory for al-Sisi with a whopping 96.7 percent of valid votes.

Results from all 13,893 polling stations across Egypt showed that al-Sisi had won the race unrivalled with some 23.5 million votes, while his competitor, leftist Hamdeen Sabahi, won only 791.153 votes or 3.3 percent, according to a final tally prepared by Anadolu Agency.

Haftar has declared war on the armed militias incorporated into the Libyan army in the eastern city of Benghazi. The renegade general says his campaign aims to purge Libya of "extremists."