Egypt to reopen Rafah crossing with Gaza on Sunday 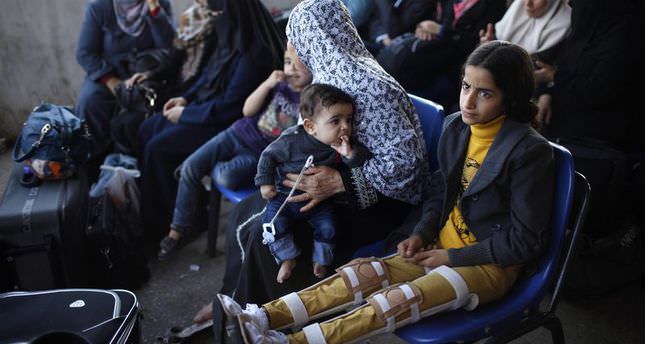 by AA May 31, 2014 12:00 am
GAZA CITY - Egypt will exceptionally reopen the Rafah crossing with the Gaza Strip on Sunday to allow Palestinian pilgrims to cross, the Gaza government said Saturday.
Maher Abu Sabha, the head of Gaza's crossing and border authority, said 800 Palestinian pilgrims will be allowed to travel through the crossing, while other pilgrims will be allowed to return to Gaza.
Abu Sabha said Egyptian authorities told his authority that patients and humanitarian cases will not be allowed to cross the terminal on Sunday.
Around 15,000 Palestinian patients have applied to leave Gaza through the border crossing with Egypt so far.
Egypt has tightened its grip on the border with Gaza since last July's ouster of Mohamed Morsi – the country's first freely elected president – by the army.
Egyptian authorities accuse Hamas, which controls the Gaza Strip, of interfering in Egypt's domestic affairs and carrying out attacks inside the country, charges that Hamas has repeatedly denied.
Last Update: May 31, 2014 1:39 pm
RELATED TOPICS