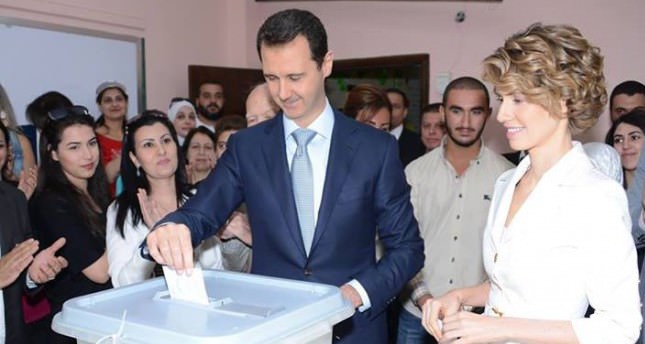 by daily sabah
Jun 03, 2014 12:00 am
SYRIA — Bashar al-Assad the Syrian regime leader was seen casting his vote on Tuesday for the Syrian presidential elections after months of not knowing where he was.

Syria's president and his wife Esma Assad were both seen casting their votes for the country's first ever multi candidate presidential elections. The elections were held at the regime controlled areas of the war ridden country.

AFP captured photos of the power couple after a long absence from the media.