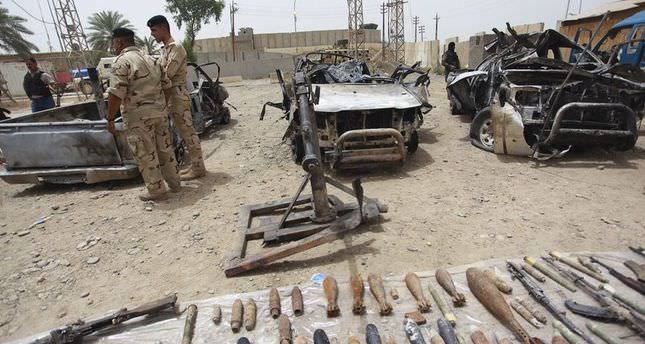 by AA Jun 09, 2014 12:00 am
BAGHDAD — Iraqi security forces have reportedly killed 37 militants affiliated with the Islamic State of Iraq and the Levant (ISIL) who had earlier took over several districts in the northern city of Mosul.

Let. Gen. Mahdi al-Ghazawi, the chief of Nineveh Operations Command, told AA that the joint police-army force had launched an operation in the western parts of the city, killing 37 militants, including four Afghans.

The government troops also destroyed 13 vehicles used by the militants during the operation, the official said, giving no further details.

On Friday, clashes erupted in several districts of the northern city between security forces and militants amid reports that the latter had captured at least three western districts.

Security sources said that at least 26 people – six security personnel and 20 militants - were killed in the fighting.

Iraq has seen a marked uptick in violence in recent months.

While the army continues to battle ISIL militants in the western and northern provinces, other areas of Iraq have seen unrelenting bombings, assassinations and attacks on both civilians and security personnel.

The Iraqi government blames the surge in violence on the ISIL militants, whom it accuses of being linked to Al-Qaeda.