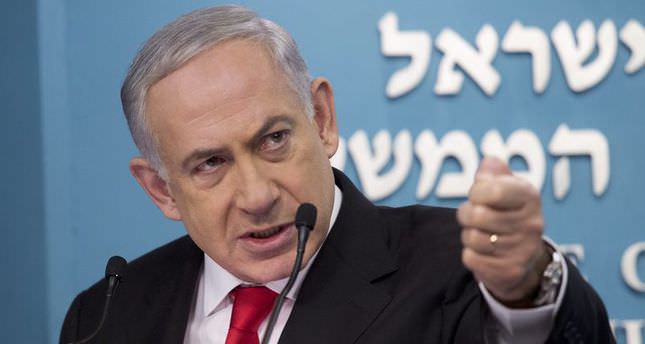 by AA Jun 09, 2014 12:00 am
JERUSALEM — Israeli Finance Minister Yair Lapid called on his government to stop settlement building in the occupied West Bank, blaming Prime Minister Benjamin Netanyahu for perceived deterioration of Israel-U.S. relations over the failure of peace talks with the Palestinians.

"Israeli extreme right-wing forces are pushing toward the delusional idea of annexing settlements in the West Bank, which will lead us to the disaster," Lapid, head of centrist Yesh Atid party, said at the Herzliya Conference, which kicked off Sunday.

"If there is an attempt to annex even one settlement unilaterally, Yesh Atid will not only quit the government, it will bring it down," he warned.

"There's no reason to continue maintaining settlements in areas that will not remain within the territory of the State of Israel in any future agreement," he said, "or to invest billions in infrastructure that in the end we will give as a gift to the Palestinians."

Labid confirmed that during the two first phases, there will be no negotiations with the Palestinians and that the Israeli forces will retain the right to act anywhere in the West Bank.

In the third and last phase, he said, the Palestinian-Israeli borders would be set along with land swap deals with only core issues remaining for direct negotiations.

The Herzliya Conference is considered as one of the most anticipated events in Israel, which is organized by the Institute for Policy and Strategy in Herzliya.

The city of Herzliya was built on the ruins of the Palestinian village of Saidna Ali which was destroyed in 1948 in the aftermath of Israel's establishment. It was later renamed Herzliya after Theodore Herzl, the founder of the Zionist movement.

The 2014 edition is expected to discuss several local and regional issues of political and economic importance, including the peace process, Israeli budget, the Iranian nuclear file, Israel's relations and challenges in the Middle East, and energy security.