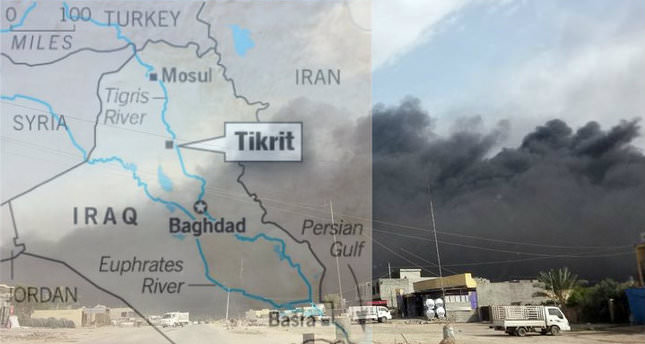 by French Press Agency - AFP
Jun 11, 2014 12:00 am
Militants took control of the Iraqi city of Tikrit and freed hundreds of prisoners on Wednesday, police said, the second provincial capital to fall in two days.

"All of Tikrit is in the hands of the militants," a police colonel said of the Salaheddin provincial capital, which lies roughly half way between Baghdad and Iraq's second city Mosul which fell on Tuesday.