Iraq declares state of emergency after ISIL takes over Mosul 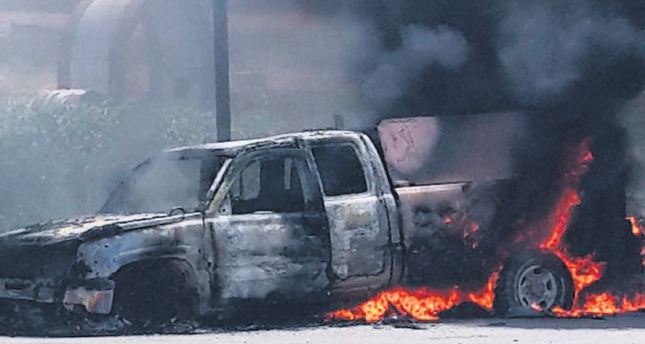 Following heavy fighting between militant groups and government forces in recent days; insurgents seize control of part of Mosul and free up to 1,000 prisoners. Iraqi parliament declared a state of emergency

MOSUL — Iraq's second-largest city, along with the surrounding province of Nineveh, falls into the hands of the al-Qaeda affiliated ISIL, as Baghdad declares a state of emergency and locals flee due to the onslaught. Iraq's entire northern province of Nineveh and its capital Mosul, the second largest city, has been seized by militants of the radical Islamic State in Iraq and the Levant (ISIL) following days of heavy clashes with government forces.

According to an Iraqi News security source, it was reported yesterday that "The ISIL controlled wide areas of Nineveh province including Nineveh Airport, Nineveh Governor Building and Nineveh Operations Command," adding that "We have reports that Nineveh Governor Atheel al-Nujaifi has departed the province."

It appears that the authorities were incapable of stopping militants' attacks on government buildings as militants were heading towards neighboring Saladin province, capturing two villages in Saladin province. It is also reported that many prisoners and detainees were freed over night with jailbreak operations in three prisons in the northern city of Iraq. With regard to the increasing insecurity, around 150,000 people reportedly have started leaving their homes, moving to more secure places, as authorities have set up camps in nearby towns.
Amid escalating brutal attacks since last week, the Iraqi government has called its citizens to arm against militants. An official also stated that militants claimed that they would liberate the Iraqi city through "only fight[ing] those who fight them."

According to AFP reports, an interior ministry official stated that the government forces had lost their control over the region, leaving the northern province of the country "at the mercy of the militants" and that security forces, including some polices and soldiers fled after the militants took control of the buildings.

The reports said that amid heavy gunfire, Iraq's armed forces had handed over the city to the militants while withdrawing from the eastern and western parts of Mosul. Governer Al-Nujaifi blamed Iraqi forces for the loss of Mosul to the ISIL. Regarding the government forces' withdrawal, the headquarters of the provincial government and the Nineveh Operations Command, some governmental and private sector banks as well as the airport of northern provinces were easily seized by the militants of ISIL along with the freeing of up to 1,000 prisoners from Badoosh prison where many captured ISIL leaders have been contained. The militants reportedly staged another two jailbreak operations in eastern and central Mosul, thus establishing full control over Mosul.

Considering the withdrawal of government forces from the militant-held area, the Mosul takeover shows that the tribes' rebels and militant groups have a significant role for providing security in predominantly Sunni Muslim Nineveh province. Taking the province's ethnic distribution into account, there have been growing calls for establishing an autonomous region in Nineveh province despite Iraqi leaders having already ignored autonomy to many ethnic tribes.

Following the significant influence of powerful tribes over the northern region and the ISIL's heavy attacks against the Iraqi government, it can be concluded that the security of the region has already been handed over to the militants and rebel groups.

Mustafa Kamal, an Iraqi journalist, commented on the Mosul takeover by ISIL militants, underscoring the participation of the opposition armed forces to militants' attacks to several significant points of Maliki's government. "The security forces are witnessing a collapsing state, they can't fight anymore," said Kamal, pointing out the weakened power of Maliki's government over the Northern provinces. "The future of Iraq is in danger because of Maliki's regime and its crimes against its own people. Any danger over Iraq's future is in Maliki's responsibility. Neighboring states have to make efforts to stop Maliki's crimes; he uses all kind of weapons that even Al-Assad has used against his own people," commented Kamal on the significant consequences of Mosul's takeover by ISIL.

Prof. Dr. Ali Arslan, a professor at Istanbul University, spoke to Daily Sabah about the significant consequences of the Mosul takeover by ISIL for the future regional stability. Prof.

Arslan said that after the Mosul takeover, the Shiite-led government would definitely lose its authority over northern Iraq which would lead Sunni groups to mobilize against Maliki's government, paving way to the disintegration of Iraq's national unity. He also stated that this would strengthen the Kurdish Regional Government through gaining more international support on the ground of ISIL's increasing power over Northern Iraq, adding that "this would cause greater problems for neighboring countries like Syria and Turkey. Foreign intervention would be inevitable and would lead to more bloody assaults," said Prof. Arslan.

Experts states that the civil war in neighboring Syria is an important factor for ISIL's burgeoning power in northern Iraq which has led to rising bloodshed.

Arslan underscored that ISIL's rising power in Syria has helped to weaken the power of the Free Syrian Army, thus consolidating Assad's authority.

The Islamic State in Iraq and the Levant (ISIL) is a terrorist group active in Iraq and Syria which was formed in April 2013. The group aimed to establish a Sunni majority region covering Iraq, later expanding to include Syria. As the group has been acting independently, after al- Qaeda cut off all ties to ISIL in February 2014, it is claimed that the group has been maintaining a strained relationship with other rebels groups fighting Assad regime in Syria.
RELATED TOPICS