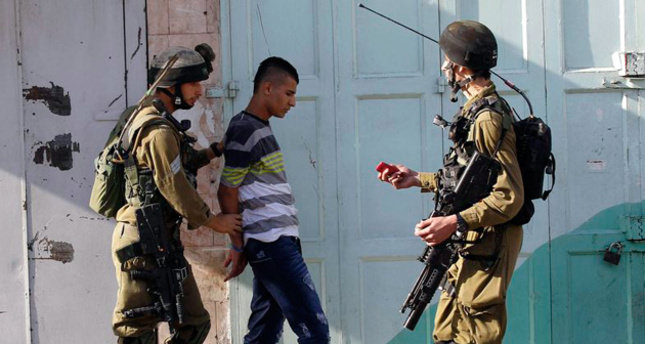 by AA Jun 11, 2014 12:00 am
The Israel Medical Association (IMA) has reaffirmed its refusal to participate in the force-feeding of hunger-striking Palestinian prisoners in Israeli jails, local media has reported.

The assertion came one day after the Knesset passed its first reading of a bill that would allow hunger-striking prisoners to be force-fed.
IMA Chairman Leonid Edelman said in a statement that Israeli doctors respected the right of prisoners to go on hunger strike and would not use force to make them eat, Yedioth Ahronoth daily reported on Tuesday.

"We respect the decision of the prisoners who went on hunger strike as human beings and patients," Edelman said. "The doctors' job is to help the hunger striker to stay alive." He added: "Force-feeding is never ethically acceptable."

The bill must be approved by parliament twice in order to become law.

Scores of Palestinian "administrative" detainees have been on hunger strike for more than six weeks to protest their ongoing detention without charge.

They have been joined by scores of other Palestinian prisoners in a show of solidarity.

Israeli administrative detention orders can range from one to six months in length and can be extended by up to five years by Israeli military courts.

According to the Palestinian Prisoners' Club, an NGO, some 5200 Palestinians – including 191 in administrative detention – continue to languish in Israeli jails.