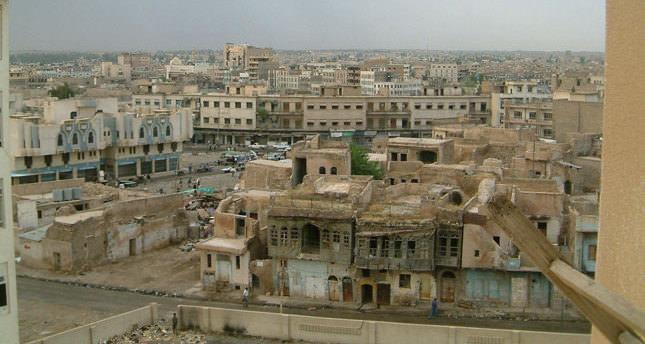 by Daily Sabah Jun 11, 2014 12:00 am
MOSUL — 28 Turkish truck drivers carrying diesel from the Mediterranean port of Iskenderun were taken hostage in Mosul in Northern Iraq after fighters from the Islamic State in Iraq and Levant (ISIL) established full control over the area. Following the Mosul takeover, the Iraqi army battled ISIL militants in western and northern arwes of the province before security forces began to withdraw from the northern part of the country which led to the worsening security situation stemming from the latest developments.

The Turkish Foreign Ministry stated that the situation in Iraq has been investigated via the Turkish Consulate in Mosul and condemning the recent attacks of terrorist groups clashing with government forces in Mosul and Anbar provinces. The head of International Truck Drivers Social Assistance and Solidariy Association (UTSYD), Çetin Ünlü said, " We are trying to get in touch with one of our abducted drivers. So far, there is no negative information about our fellow drivers' health."

Considering the violent attacks from militant Sunni groups; ISIL, an active terrorist group in Iraq and Syria, poses a great threat to the security in a number of towns close to the Turkish border.
Last Update: Jun 11, 2014 1:56 am
RELATED TOPICS