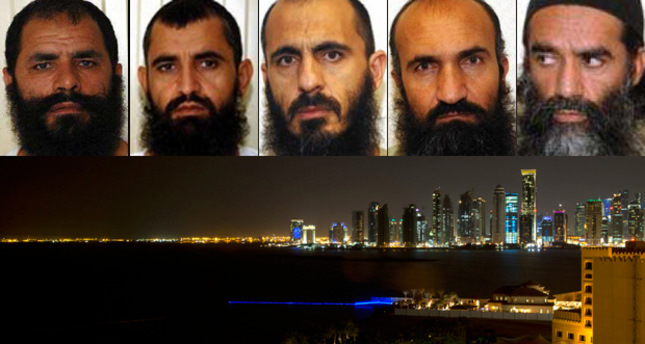 by Jun 12, 2014 12:00 am
Five Taliban leaders released by the United States have told visitors that they are likely to seek to remain in Qatar beyond an agreed one-year travel ban, sources who have spoken to the visitors told Reuters.

The United States released the men from Guantanamo in exchange for American soldier Bowe Bergdahl, held prisoner in Afghanistan for five years. Under the terms of the swap, mediated in secret by Qatar, the leaders must remain in the Gulf kingdom under surveillance for at least a year.

Domestic critics of President Barack Obama's decision say the men could return to the battlefield in Afghanistan, where the U.S. is winding down its 13-year military presence. The chance that they may remain in Qatar could assuage those concerns.

The five, who had been held at the American Guantanamo Bay prison in Cuba since 2002, arrived in Qatar last week. U.S. security personnel handed them over to Qatari authorities at a U.S. military base west of Doha.