Obama: Nothing ruled out on Iraq's terror group ISIL 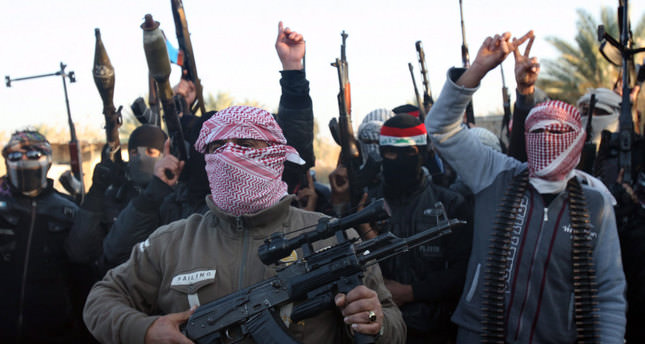 by AA Jun 12, 2014 12:00 am
US President Barack Obama has declined to confirm or deny whether he is considering airstrikes on militant positions in Iraq, saying he has ruled nothing out. His comments on Thursday came after The New York Times reported Iraqi Prime Minister Nouri al Maliki secretly asked the Obama administration last month to consider manned and unmanned airstrikes to halt growing advances by the terrorist group called Islamic State of Iraq and the Levant (ISIL) in the north of the country.

Obama told reporters at the White House during a joint press conference with Australian Premier Tony Abbott: "Over the last year, we have been providing them additional assistance to try to address the problems that they have in Anbar, in the northwestern portions of the country, as well as the Iraqi and Syrian border. "What we've seen over the last couple of days indicates the degree to which Iraq's going to need more help."

ISIL, which has developed into a formidable force inside Syria, has extended its reach in Iraq since Tuesday, gaining near-complete control of the northern Iraqi city of Tikrit - Saddam Hussein's birthplace - and capturing Mosul, Iraq's second-largest city.

The group seized large swaths of western Iraq's Anbar Province in late December, including much of Fallujah and Ramadi, flashpoints of the 2003 US-led war in the country.

However, lawmakers on Capitol Hill lashed out at the administration over its Iraq policy. John Boehner, the US Speaker of the House, said Obama had been "taking a nap" while successive parts of Iraq fell out of the control of the Iraqi government. He said: "It's not like we haven't seen, over the last five or six months, these terrorists moving in, taking control of Western Iraq. "Now they've taken control of Mosul. They're 100 miles from Baghdad. And what's the president doing? Taking a nap." US troops withdrew from Iraq in 2011.