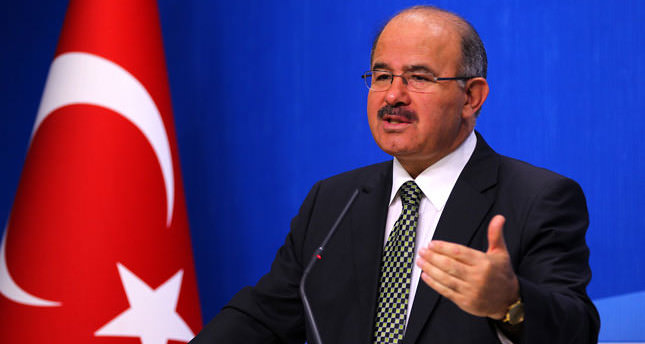 by AA Jun 12, 2014 12:00 am
ANKARA — Turkey's ruling AK Party has denied reports that 31 Turkish truck drivers and 49 Turkish consulate staff and family members seized by ISIL militants in Iraq are being freed.

The comments by party spokesman Huseyin Celik on Thursday came after lawmaker Ertugrul Kurkcu, the Deputy of pro-Kurdish opposition party the People's Democracy Party (HDP), quoted Foreign Minister Ahmet Davutoglu as saying the consular staff, who were seized on Wednesday, had been transferred by their captors from Mosul to another region and it was hoped they would shortly be released.

But AK party spokesman Huseyin Celik told AA at the Turkish parliament that the whereabouts of the two groups was known and they were still being held capitve.

"The news about them being released is not correct right now," he said.

Celik said negotiations over their release were going well and all those being held were heathy and had not been ill-treated.

"I hope that we will accomplish a good result soon," he said.

Meanwhile, Turkish FM Ahmet Davutoglu discussed the developments in Mosul in the Turkish Parliament with Kurkcu and Sebahat Tuncel, the Vice Co-chairperson of the Democratic Society Party (DTP).

On Wednesday, Turkey briefed NATO allies on the kidnappings.

The US condemned the abductions and called for a unified approach against the ISIL's continued aggression.

More than 300,000 residents have fled Mosul, where security forces and militants have been clashing since last Friday.

Iraqi Prime Minister Nouri al-Maliki said on Tuesday that Iraq had been placed on "maximum alert".