Call for evacuation of Turkish embassy in Baghdad 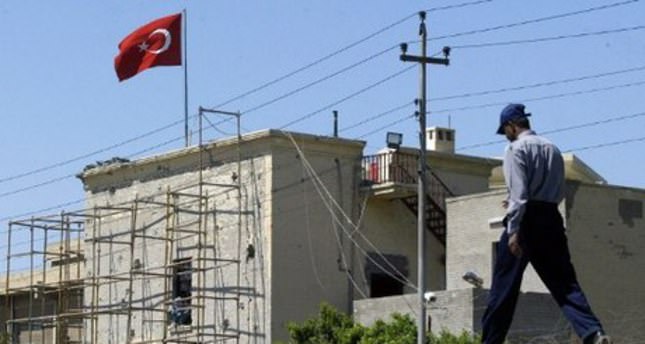 The militant group Islamic State of Iraq and the Levant (ISIL) has gained ground in the north of Baghdad where ten Iraqi soldiers were killed and others wounded Friday in a suspected attack by ISIL.

Northern and western Iraq have been left in chaos since ISIL and affiliated groups seized the city of Mosul in Iraq's north, where Iraqi troops have withdrawn from their posts.

Addressing Turkish Deputy PM Arinc and Turkish FM Davutoglu, Ogan said at a press conference at the Turkish Parliament "If there are women and children in our embassy in Baghdad, they should be evacuated before it is too late."

He added that the middle-east including Iran is heading towards a religious war and said, "Iraq is not a country where the security of babies, children, and women can be guaranteed."

Militant group Islamic State of Iraq and the Levant raided Turkey's Mosul consulate on Wednesday and abducted 49 Turkish nationals, including consulate staff and their families, after they assumed control of the city -- Iraq's second biggest -- in a swift operation in the northern province of Nineveh on Tuesday.

The U.S. has condemned the abductions and called for a unified approach against ISIL's continued aggression.

More than 300,000 residents have fled Mosul, where security forces and militants have been clashing since last Friday.

Iraqi Prime Minister Nouri al-Maliki said on Tuesday that Iraq has been placed on "maximum alert."