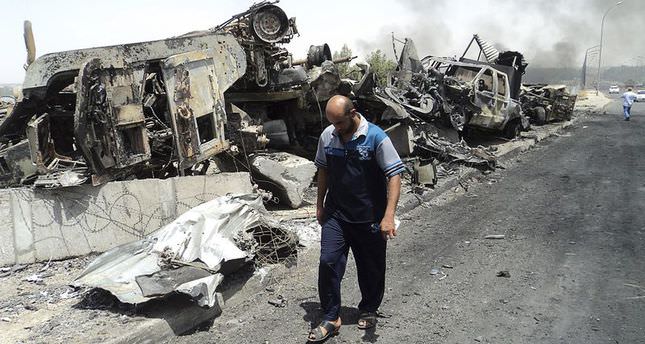 by AA Jun 15, 2014 12:00 am
The corpses of 128 Iraqi soldiers and police officers killed in clashes with ISIL militants have been received by medical staff in Mosul, medical officials have said.
The report on Saturday came after security sources said that armed militants from the Islamic State in Iraq and the Levant had captured new towns and villages in Iraq's Diyala province and the Saqlawiyah region in the north of Fallujah after fierce fighting with the Iraqi Army.
Two Kurdish Peshmerga fighters were also killed and 32 wounded in clashes with ISIL militants in northeast Iraq, according to a Kurdish security source.
Last Update: Jun 15, 2014 1:07 pm
RELATED TOPICS