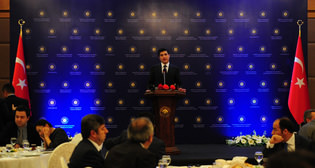 Barzani is due to visit Turkey as well, following his visit to Iranian capital Tehran, sources claimed.

Barzani will meet Ali Shamkhani, the secretary of the Supreme National Security Council of Iran, in order to discuss the "terrorist attacks" in Iraq and Kurdish region of the country, the official news agency IRNA of Iran reported.

A Deputy Foreign Minister of Iran Hossein Amir-Abdollahian said they would speak about ways to help the Baghdad government to overcome the crisis in the country.

Unrest in the north and west of Iraq began last week after the militant group Islamic State of Iraq and the Levant 'ISIL', along with other armed groups seized the city of Mosul in northern Iraq's Nineveh province.