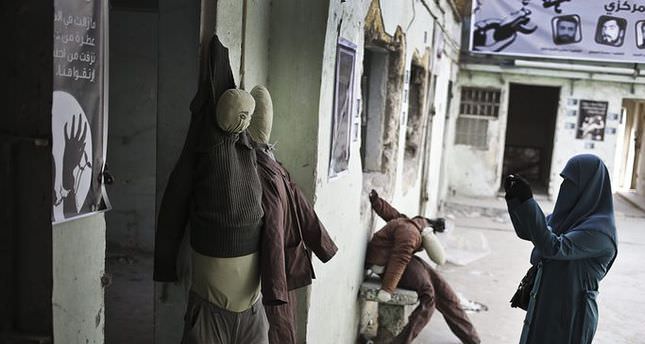 
"The Israelis told us that prisoners' relatives would not be able to visit them this time," Nasser al-Naggar, spokesman for the International Committee of the Red Cross, told Anadolu Agency.

The Israeli authorities, he said, had told the committee that the decision was taken following the closure of the Erez Crossing, a Gaza-Israel border crossing (controlled by the latter) frequently used for the movement of persons between the besieged Gaza Strip and the occupied West Bank.
Israel on Sunday closed the Erez and Karam Abu Salem crossings, the strip's last remaining functioning crossings.
The move was accompanied by accusations by Israeli Prime Minister Benjamin Netanyahu that Palestinian resistance movement Hamas, which is based in Gaza, was responsible for the disappearance last week of three teenage Jewish settlers in the southern part of the West Bank.
The Israeli Prison Service used to allow inmates to receive family visits on Mondays. These visits, however, are often banned whenever the self-proclaimed Jewish state wants to take punitive measures against Hamas in Gaza, the West Bank-based Palestinian Authority, or the Palestinians in general.
Last Update: Jun 16, 2014 1:49 pm
RELATED TOPICS