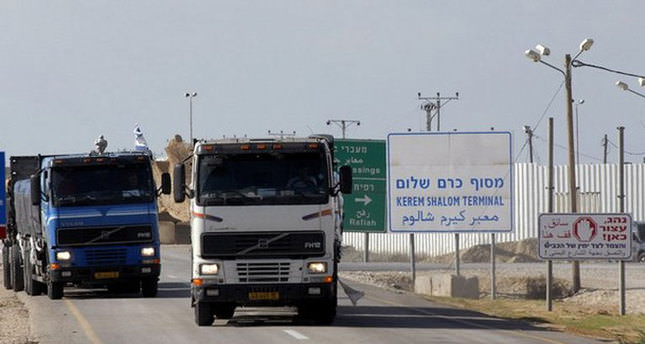 
Raed Fatouh, responsible for coordinating traffic through the crossing, said Israeli authorities had notified Palestinian officials of the decision on Monday.
Fatouh said that about 300 trucks carrying commercial and agricultural goods were expected to be allowed into the strip on Monday.
The three-day closure had come as part of a series of punitive measures taken by Israeli authorities following last Thursday's alleged disappearance of three young Jewish settlers in the West Bank.
Israeli Prime Minister Benjamin Netanyahu has accused Hamas of abducting the trio, a claim the Gaza-based resistance faction has since dismissed as "stupid."
No Palestinian group has thus far claimed responsibility for the alleged kidnapping.
The Gaza Strip has six border crossings controlled by Israel and one controlled by Egypt.
In 2007, after Hamas seized control of the enclave, Israel closed four of its commercial crossings with Gaza, leaving only two-including Karam Abu Salem-operational.
The Israeli authorities had used the terminal to allow limited amounts of goods and fuel into the teeming, cash-strapped strip.
Karam Abu Salem is typically closed on Fridays and Saturdays and on Jewish religious holidays.
The Israeli authorities also close the crossing whenever they want to punish the blockaded strip's roughly 1.8 million inhabitants.
A second crossing, the Erez terminal, is used for the passage of Palestinians between the West Bank and the Gaza Strip.
Only elderly Palestinians, medical patients, businessmen and foreign delegates are generally allowed through this crossing, however.
Last Update: Jun 16, 2014 1:48 pm
RELATED TOPICS