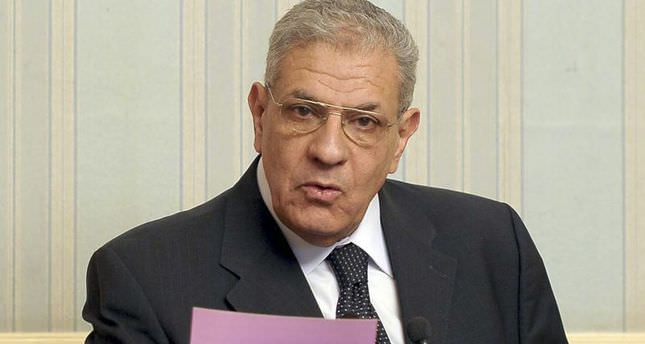 by AA Jun 17, 2014 12:00 am
The new Egyptian government of Prime Minister Ibrahim Mahlab took the oath of office on Tuesday before President Abdel-Fattah al-Sisi, according to the state television.

The cabinet features 34 ministers, including 20 ministers from the outgoing interim government of Mahlab which had taken office in March and supervised the May presidential elections.

Following the swearing-in ceremony, al-Sisi held a meeting with his first government.

Al-Sisi had reassigned Mahlab to the post of prime minister earlier this month.

In March, Mahlab was chosen to succeed Hazem al-Beblawi, who had assumed the premiership last summer following the ouster of elected president Mohamed Morsi by the then Sisi-led army.