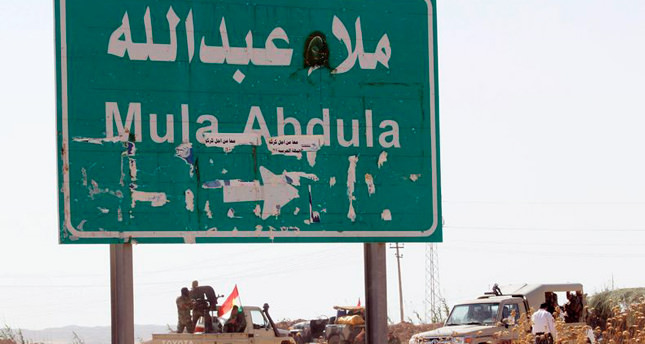 by AA Jun 17, 2014 12:00 am
UN Secretary-General Ban Ki-moon has warned against widespread sectarian violence in Iraq. "There is a real risk of further sectarian violence on a massive scale, within Iraq and beyond its borders," Ban said in a press conference on Tuesday in the UN office at Geneva, Switzerland.

Iraq has seen a marked increase in sectarian violence between Sunni and Shi'a Muslims in recent months, which the central government has blamed on self-claimed Islamic State of Iraq and Sham – ISIS rebels.

"I am deeply concerned about the rapidly deteriorating security situation in Iraq, including the reports of mass summary executions by the Islamic State of Iraq and Sham," Ban added.

In a response to a question whether Iraq is breaking up, Ban said that: "The Iraqi government should have one state, whether it is Sunni, Shiite or Kurdish; they should be able to harmoniously live together."

"l have reached out to the leaders of the region: Turkey and Iran," said the Secretary-General and adding that "l hope that with this strong support of the regional and international community, we will help the Iraqi government to restore peace and stability in the country."
Ban reiterated his condemnation of all kidnapping of diplomatic officials in Iraq.

The United Nations announced on Monday that it started evacuating its staff in Baghdad.