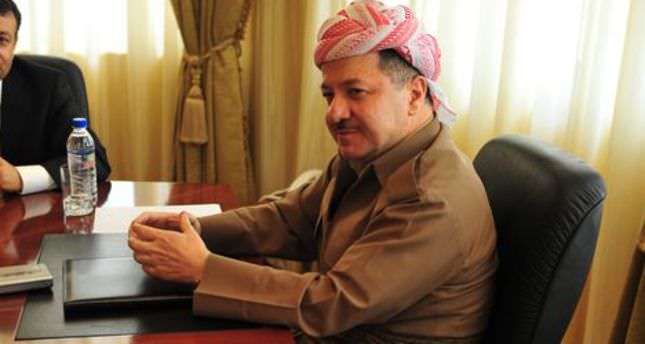 by AA Jun 19, 2014 12:00 am
Kurds are ready to fight terrorism, together with sunni and shiah brothers, the President of the Kurdish regional government in Iraq's north Masoud Barzani said Thursday.

"But we do not accept having a sectarian war under the name of the war against terrorism," Barzani warned.


"We have completely different assessment of terrorist organizations and terrorist actions from the legitimate and fair demands of our Sunni brothers." Barzani said that Iraq is facing such a crisis because of Baghdad's wrong and unitary politics.

"Baghdad is the only one responsible for today's human drama," Barzani said, adding they had warned the central government many times before of such an eventuality.

Islamic state of Iraq and Sham, ISIS which already holds control of parts of Syria, has extended its reach into Iraq since June 10, when it seized Iraq's second-largest city Mosul and soon afterwards took near-complete control of the northern Iraqi city of Tikrit."

The militants of ISIS took over the country's largest oil refinery on Wednesday, the Baji oil complex in the north of the country, after a gun battle with Iraqi security forces, a move destined to worsen the fuel crisis gripping Iraq.