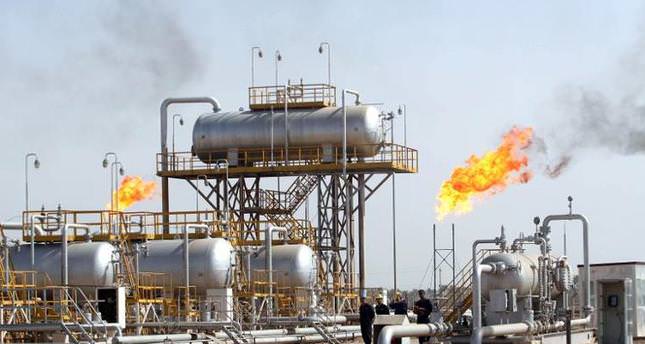 by Jun 19, 2014 12:00 am
The Iraqi government said Thursday it was in full control of the country's largest oil refinery, after repulsing an offensive by insurgents.

"The security forces have tightened control of the Biji refinery and the surrounding area, keeping terrorists at bay," the Oil Ministry said in a statement.

The ministry threatened to sue the news agencies Reuters and AFP, accusing them of "spreading inaccurate information" that the
insurgents had seized parts of the refinery.

The facility, located some 200 kilometres north of the capital Baghdad, accounts for almost a third of Iraq's refining capacity.

According to reports from Dubai-based al-Arabiya television, fighters from the Islamic State in Iraq and al-Sham (ISIS) were however still present inside the facility.

Meanwhile, security officials reported clashes in the area of Baquba, 60 kilometres north-east of Baghdad, between the Iraqi army and insurgents, including ISIS militants.

An air raid on an ISIS "hide-out" north of Baquba killed 15 members of the militant group, the news service of Alsumaria television
reported online.

ISIS - a splinter al-Qaeda group - seized the northern city of Mosul in a blitz last week and then moved on to capture a string of towns
stretching south towards Baghdad.

Insurgents' lightning advances have raised international fears that Iraq is falling apart, making room for the emergence of a militant enclave.

US President Barack Obama is to announce at 1630 GMT his decision about military support for the Iraqi government.

CNN reported that he is expected to send 100 special military forces from the Green Beret, Navy Seals or Army Rangers to advise the Iraqi military and gather intelligence on the ground.

Obama has ruled out sending US combat troops back into Iraq, but is open to all other military options. Iraq has asked the US for
airstrikes against the ISIS forces.

Shiite Prime Minister Nuri al-Maliki has called on his compatriots to volunteer with the security forces to beat the jihadist group back.

Large numbers of civilians from Baghdad and the Shiite south of the country have reportedly signed up.

Al-Maliki on Thursday ordered a monthly income of 500,000 Iraqi dinars (around 447 dollars) for each volunteer, in addition to 125,000 dinars in food allowance, state media reported.

Last week, Iraq's most influential cleric, Ali al-Sistani, issued a call to arms for Iraqis to forestall the insurgents' advances.

"I have volunteered in response to al-Sistani's call against ISIS," said Hussein Nasser, a pensioner in Baghdad.

"This is a binding religious duty. I am experienced with weapons and fought in several wars in the past. I am ready to fight against ISIS
because Iraq and holy sites are in a great danger."

Iraq has seen increasing violence over the past year, much of it blamed on the ISIS and aimed at security forces and Shiite civilians.

The Shiite-led government's response, with security sweeps and mass arrests, has alienated Iraq's Sunni minority, from which ISIS and
other rebel groups draw their support.