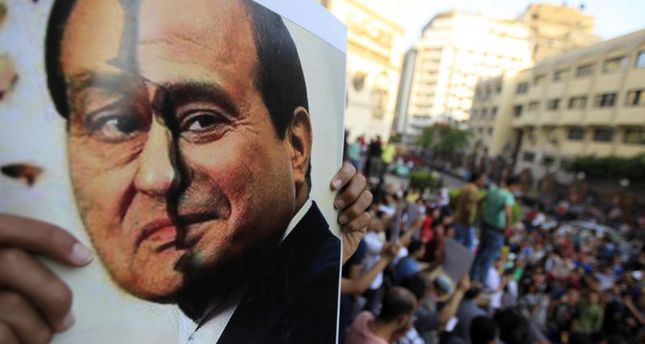 Supporters of ousted Egyptian president Mohamed Morsi staged rallies in several parts of the country on Thursday to call for a popular uprising on July 3, which will mark the passage of one year since the elected leader's ouster by the military.

The rallies came in response to calls by the National Alliance for the Defense of Legitimacy, Morsi's main support bloc, for a fresh week of protests in advance of the first anniversary of his ouster-and subsequent imprisonment-at the hands of the army.

In a Thursday statement, the pro-Morsi alliance called on Egyptians to "mobilize for an 'uprising of the angry' on July 3." Protesters in the Nile Delta province of Sharqiya, Morsi's province, organized human chains in several districts.

Demonstrators shouted slogans against Abdel-Fatah al-Sisi, the former army chief who led Morsi's ouster last summer only to replace him as president in elections last month.

Protesters also demanded justice for hundreds of pro-Morsi demonstrators killed over the last year and the release of tens of thousands detained in a wide-ranging crackdown on dissent-which remains ongoing-by the army-backed government.

Ever since his ouster almost one year ago, Morsi's supporters have staged almost daily rallies to demand his reinstatement. Late last month, al-Sisi was elected president with almost 97 percent of the vote, according to Egypt's official electoral commission.