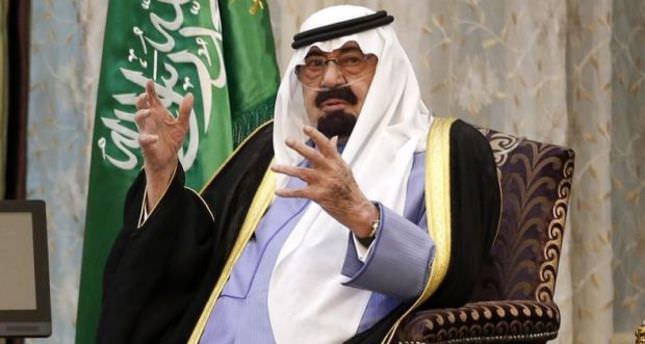 by Jun 20, 2014 12:00 am
A rare visit to Egypt by Saudi Arabia's King Abdullah, expected in Cairo on Friday evening, underlines the strong support the ageing monarch is showing for new president Abdel Fattah al-Sisi.

The Saudi stamp of approval is in line with the monarchy's fear of the rapid rise of Islamists in the wake of the Arab uprisings. Analysts say the Gulf kingdom wants Egypt to be a bulwark amid raging conflict in Iraq and Syria that could alter regional alliances and national borders.

The 90-year-old Saudi king has offered some of the most vocal support for Sisi since last July, when the then-army chief ousted the President Mohamed Mursi of the Muslim Brotherhood.

Through phone calls to Sisi, donations of cash and petroleum products and supportive statements, Abdullah has positioned himself as Sisi's leading Arab ally.

Saudi Arabia, the world's top oil exporter, and its wealthy Gulf Arab partners Kuwait and the United Arab Emirates have given more than $20 billion to help Egypt since Mursi's overthrow, Sisi said last month, and are likely to pledge more.