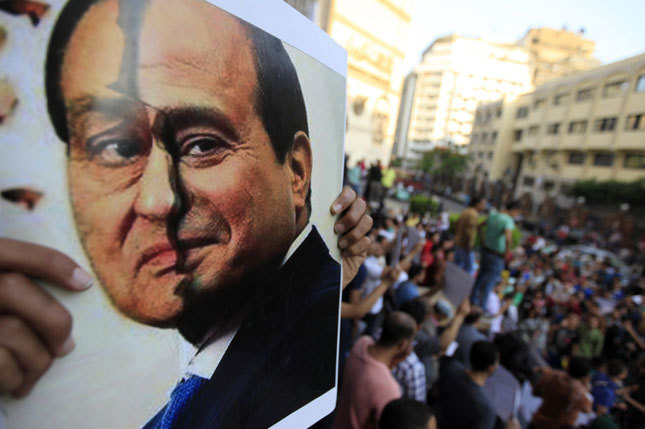 by AA Jun 21, 2014 12:00 am
The family of a Christian sentenced to death by an Egyptian court in the central Minya province has appealed to President al-Sissi to absolve the verdict.

"This is an unfair verdict," Nadir, the brother of Bebawi Makram, one of 183 people sentenced to death on Saturday, told Anadolu Agency.

"How can a Christian be a supporter of the Muslim Brotherhood," he said.

A total of 183 people were sentenced to death on Saturday, including Muslim Brotherhood supreme guide Mohamed Badie, in connection to violence in Minya last year.

Two Christians were among those condemned to the capital punishment.

"My family had voted for al-Sissi in the latest presidential election and we expect him to give amnesty to my brother," Nadir said.

Egypt's Constitution gives the president the right to offer amnesty to prisoners.

Nadir said that his brother had nothing to do to violence that engulfed the province in August following the violent dispersal of two protest camps in support of ousted president Mohamed Morsi last August.

Hundreds of pro-Morsi demonstrators were killed in the dispersal. "My brother is a farmer and had nothing to do with violence," Nadir said.