Iraqi PM under pressure from Shiite cleric: US 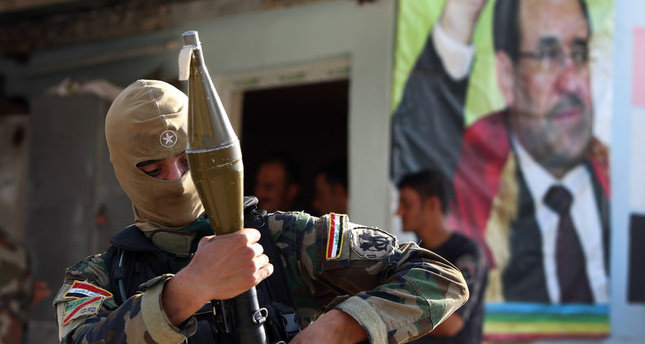 by Jun 21, 2014 12:00 am
Iraq's Prime Minister Nouri al-Maliki faces mounting pressure to form an inclusive government or step aside following the loss of large swaths of territory to Sunni militants, with both a top Shiite cleric and the White House strongly hinting he is in part to blame for the crisis.

The most respected voice for Iraq's Shiite majority on Friday joined calls for al-Maliki to reach out to the Kurdish and Sunni minorities a day after President Barack Obama challenged him to create a leadership representative of all Iraqis.

Grand Ayatollah Ali al-Sistani's thinly veiled reproach was the most influential to place blame on the Shiite prime minister for the nation's spiraling crisis, the most severe since U.S. troops withdrew at the end of 2011.

Over the past two weeks, Iraq has lost a big chunk of the north to the al-Qaida-inspired militants of the self-claimed Islamic State of Iraq and al Sham, whose lightning offensive led to the capture of Mosul, the nation's second-largest city.

The gravity of the crisis has forced the usually reclusive al-Sistani, who normally stays above the political fray, to wade into politics, and his comments, delivered through a representative, could ultimately seal al-Maliki's fate.

On Thursday, Obama stopped short of calling for al-Maliki to resign, but his carefully worded comments did all but that. "Only leaders that can govern with an inclusive agenda are going to be able to truly bring the Iraqi people together and help them through this crisis," Obama said.

Al-Maliki's Shiite-led government has long been accused of discriminating against Iraq's Sunni and Kurdish populations. But it is his perceived marginalization of the once-dominant Sunnis that has sparked violence reminiscent of Iraq's darkest years of sectarian fighting in 2006 and 2007.

Shiite politicians familiar with the secretive efforts to remove al-Maliki said two names mentioned as replacements are former vice president Adel Abdul-Mahdi, a Shiite and French-educated economist, and Ayad Allawi, a secular Shiite who served as Iraq's first prime minister after Saddam Hussein's ouster. Others include Ahmad Chalabi, a one-time Washington favorite to lead Iraq, and Bayan Jabr, another Shiite who served as finance and interior minister under al-Maliki.

Nearly three years after he heralded the end of America's war in Iraq, Obama announced Thursday he was deploying up to 300 military advisers to help quell the insurgency. They join some 275 troops in and around Iraq to provide security and support for the U.S. Embassy in Baghdad and other American interests.