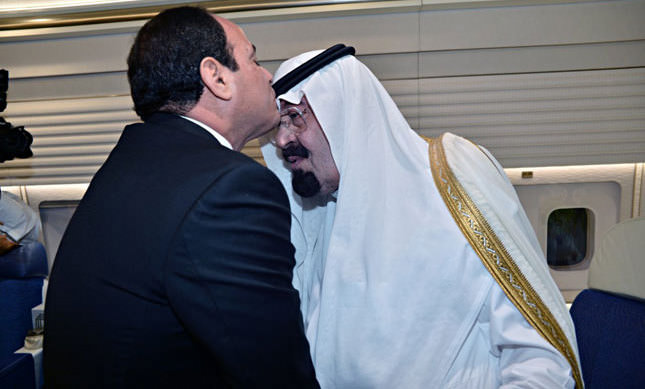 by Associated Press Jun 21, 2014 12:00 am
Saudi King Abdullah has arrived on a brief visit to Egypt, his first since the 2011 uprising, to show support for the newly elected President Abdel-Fattah el-Sissi.

Egypt state TV showed his plane landing at Cairo International Airport late Friday, where el-Sissi received the ailing monarch upon his arrival from Morocco, where he spent time for medical rehabilitation.

The visit will be Abdullah's first since the 2011 ouster of Hosni Mubarak, a close ally of both Saudi Arabia and the United States.

Saudi Arabia and other Gulf nations showered Egypt with billions of dollars in aid after el-Sissi, then the army's top general, overthrew President Mohammed Morsi last summer. Saudi Arabia and Egypt have both declared the Muslim Brotherhood, from which Morsi hails, a terrorist organization.