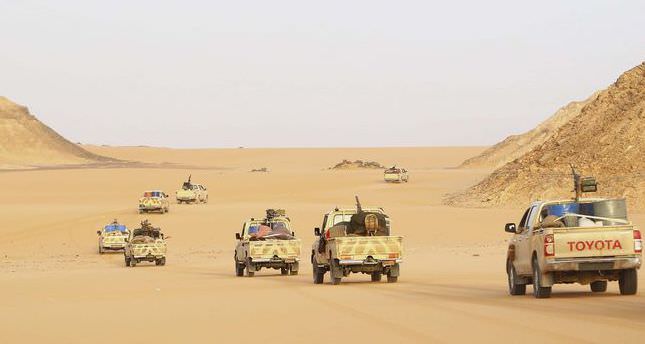 by AA Jun 22, 2014 12:00 am
An aide to renegade Libyan general Khalifa Haftar said that Turkish and Qatari nationals have 48 hours to leave eastern Libya, threatening "measures" against those from both nationalities to be arrested after the deadline.

"After the deadline, anyone from the two countries would be arrested and face due measures," he added, without elaborating on the measures in question.

According to Hegazi, the move came after Haftar's camp received information that Qatari and Turkish nationals are operating in the region as intelligence agents.

Haftar, once an opponent of late Libyan strongman Muammar Gaddafi, recently declared war on Benghazi-based militias, some of which were absorbed into the regular army following Gaddafi's 2011 ouster and death.

Recent fighting between the two sides has left scores dead in the restive city.

Libya's government, however, has called the general's move a "coup" against constitutional legitimacy.