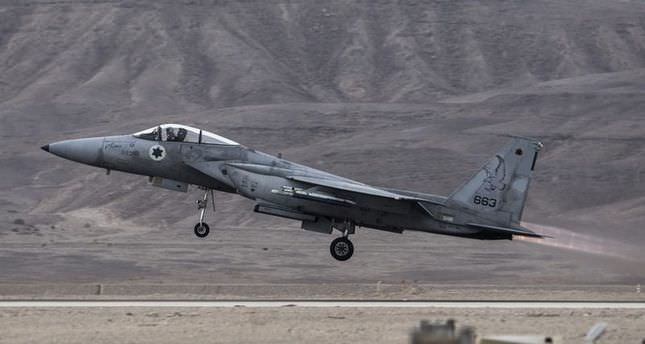 Israei Ynet news service reported that residents of northern Israel heard explosions from across the border with Syria.

According to the Israeli portal, the raids were launched shortly after midnight, when Israeli jets hit Syrian army sites in the Syrian-controlled part of Golan Heights.

The Israeli military said the airstrikes came in response to an attack by an anti-tank missile launched from Syria, which killed 15-year-old Mohamed Karakara and left three others wounded.

Israel would "react firmly and aggressively to any provocation or attack on our sovereignty," he said.

The Golan Heights were occupied by Israel during the 1967 Arab-Israeli war.

In 1981, the self-proclaimed Jewish state formally annexed the territory.

The region is inhabited by a small Syrian Druze community of roughly 20,000.