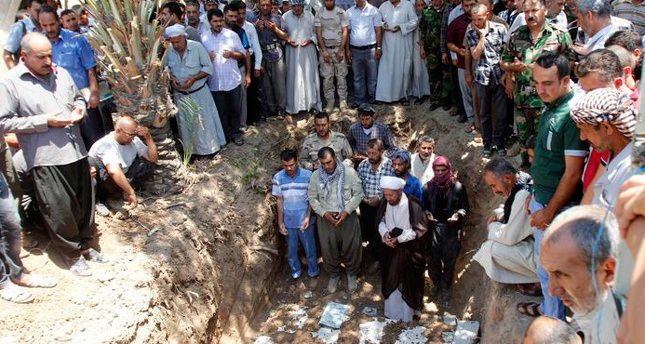 by Anadolu Agency Jun 24, 2014 12:00 am
The United Nations says more than 1,000 people have been killed in Iraq this month, most of them civilians, as ISIS insurgents have taken over most of the country's north.

A spokesman told reporters Tuesday in Geneva that the figure "should be viewed very much as a minimum" and includes the killings of civilians, police and soldiers who had stopped fighting. In addition, the UN said, more than 300 people have been killed in Baghdad and southern Iraq, many of them from car bombs.