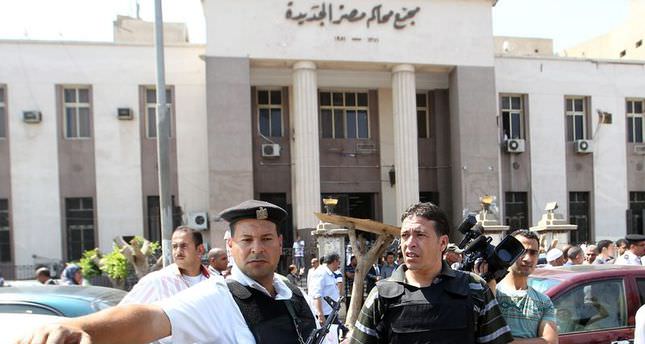 by AA Jun 25, 2014 12:00 am
At least four people were injured on Wednesday in five separate explosions in Cairo, according to state television and a security official.

One person was injured by a homemade bomb near a court in eastern Cairo's Heliopolis district, which also hosts the Ittihadiya presidential palace, Egyptian state television reported.

Shortly before the Heliopolis blast, at least three people were injured – including two who remain in critical condition – in other minor explosions in four Cairo metro stations, a security source said.

Unknown assailants planted homemade explosive devices on the platforms of one metro station in northern Cairo and three in eastern Cairo, the source said.

Security forces have since cordoned off the Shubra al-Kheima station – which they are currently searching – with passengers still inside, according to the source.

Ahmed Abdel-Hadi, spokesman for the government's metro authority, told reporters that train movement "has not and will not be stopped" due to the blasts.

Wednesday's explosions were the latest in a string of deadly bomb attacks by as-yet-unknown assailants.

The attacks, which mainly target security personnel, have accompanied an ongoing crackdown on supporters of Mohamed Morsi – the elected president ousted by the military last summer – by the army-backed government.

Abdel-Fattah al-Sisi, the former army general who was declared the winner of last month's presidential election, is widely seen as the architect of Morsi's ouster and imprisonment almost one year ago.