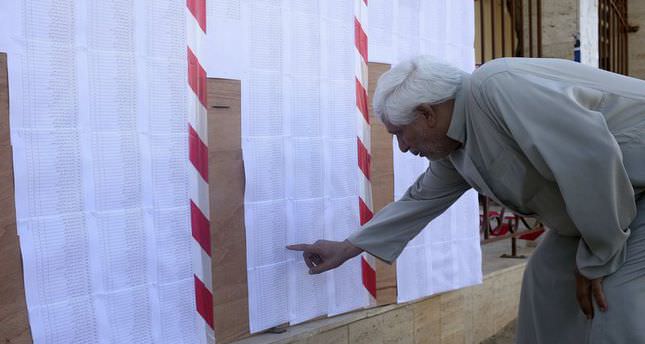 by Jun 25, 2014 12:00 am
Libyans started voting for a new parliament on Wednesday, in an election that officials hope will ease the turmoil that has gripped the country since the fall of Muammar Gaddafi three years ago.

The vote is another step in Libya's transition after decades of one-man rule, but it comes as the country slides towards chaos, after a renegade army general opened a campaign against militants in the east.

Participation is widely expected to be lower than it was in 2012 after the election commission tightened registration rules.

Around 1.5 million voters have registered, roughly half the 2.8 million registered in July 2012 for Libya's first free election in more than 40 years. The country badly needs a functioning government and parliament.

It is trying to impose authority over heavily armed former rebels, militias and tribes that helped oust Gaddafi but who now defy state authority and carve out their own fiefdoms.

Libya is also struggling with a budget crisis. A wave of protests at oilfields and shipping ports by armed militias has reduced oil production, the country's lifeline, to a trickle.

Tripoli's partners in the West hope the vote will help Libya begin rebuilding a viable state. Divisions need to be bridged between the country's western regions, once favored by Gaddafi, and the neglected east, where many demand autonomy and a greater share of the nation's oil wealth.

Western powers also worry that conflicts between militias and tribes will worsen. Its nascent army, still in training, is no match for fighters hardened during the eight-month uprising against Gaddafi.

In another division of a country with several power centers, the Muslim Brotherhood, rooted in rural western coastal cities, is vying with tribal areas in both the west and east for control of the oil producer.

Many Libyans fear the vote will produce just another interim assembly. A special body to draft a new national constitution has still not finished its work, leaving questions over what kind of political system Libya will eventually adopt.

To discourage political infighting between parties, which paralyzed decision-making and led to a crisis over two rival prime ministers in May, candidates must run as independents rather than as party representatives.

Polling stations opened at 0800 local time ,with few people queuing at the start.