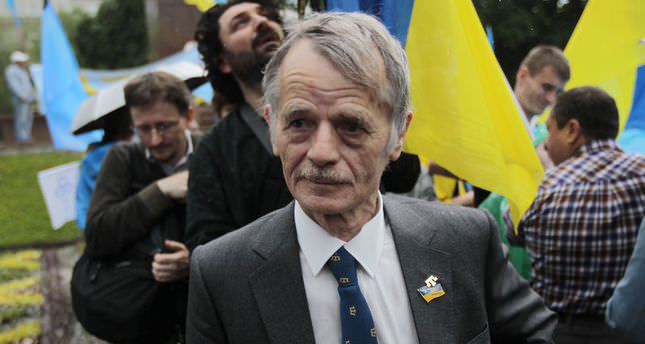 by AA Jun 26, 2014 12:00 am
Crimean Tatars will appeal to the European Court of Human Rights alleging that their rights have been violated in Crimea, Crimean Tatar leader Mustafa Dzhemilev said Thursday.

"Human rights violations in Crimea will be moved to the ECHR," Dzhemilev said, referring to the human rights court. He spoke in Strasbourg, France, where the court is based.

Dzhemilev said the UN Human Rights Commission and the Organization for Security and Cooperation in Europe have prepared reports documenting numerous human rights violation in Crimea.

Crimea, a peninsula that was once part of Ukraine, was annexed by Russia in March following a referendum in the territory. Mosat of Crimea's 300,000 Crimean Tatars boycotted the referendum.

Crimean Tatars are the native population of Crimea since the Mongol hordes' invasion in the 13th century. In 1944, Soviet leader Josef Stalin ordered their expulsion from Crimea, and some 230,000 were deported, many to the Uzbek Socialist Republic. They did not return in large numbers until the beginning of until the beginning of Perestroika -- or Openness -- in the Soviet Union in the mid-1980s.