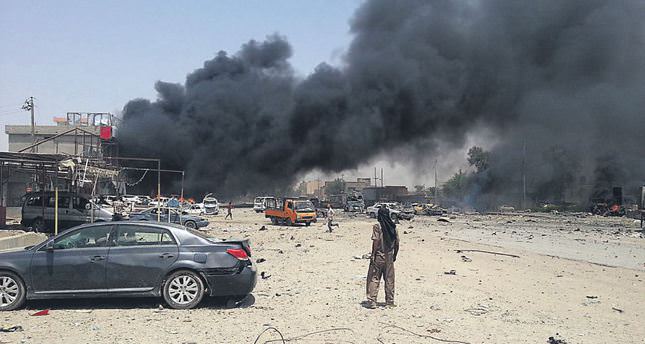 Iraqi Prime Minister Nouri al-Maliki yesterday rejected calls for a national unity government. "The call to form a national salvation government constitutes a coup against the constitution and the political process," Maliki said in a televised address.

The U.S. has pushed for an inclusive government in Baghdad, citing charges by minority Kurds and Sunnis that Maliki, who is Shiite, has marginalized them during his eight years of rule. U.S. Secretary of State John Kerry repeated the call on Monday during talks with officials in Baghdad.

Maliki, who has been in power since 2006, has plans for a third term. He said Wednesday he would attend the first session of the new parliament on July 1 when the legislature is expected to start procedures for naming a new prime minister. Maliki's State of Law Coalition came first in the April polls winning 92 of 328 seats. "The rebels against the constitution have allied themselves with ISIS, and with [late dictator Saddam Hussein's] Baath Party," al-Maliki said.

Meanwhile, the Syrian Observatory for Human Rights said the Nusra Front, al-Qaeda's affiliate in Syria, pledged their loyalty to ISIS at the Iraq-Syria border - a group they battled for months in Syria. This move clears the way for a joint push to take control of both side of the Iraq-Syria border, which serves to strengthen ISIS's control. "They are rivals, but both groups are jihadists and extremists," said Observatory director Rami Abdel Rahman.
Earlier this month, the splinter al-Qaeda group ISIS seized the northern Iraqi city of Mosul and captured a string of towns stretching south toward Baghdad.

ISIS has also made considerable territorial gains in western Iraq near the borders with Syria and Jordan. State-run broadcaster Iraqiya TV reported Wednesday that special government forces have taken full control of the country's largest oil refinery in Baiji after clashes with insurgents. "The refinery is now secured by large security forces that are able to protect it and repel any potential aggression from ISIS gunmen," the official said. The claim could not be independently verified.

The refinery, about 200 kilometers (124 miles) north of Baghdad, accounts for almost a third of Iraq's refining capacity. Forces loyal to Maliki and ISIS fighters have battled for almost a week over control of the refinery amid conflicting reports on who has the upper hand.

Elsewhere, dozens of civilians were reportedly killed and wounded when a Syrian jet fighter mistakenly struck residential areas in the town of Baaj, northwest of Baghdad. "A Syrian warplane was targeting ISIS gatherings last night (Tuesday) when it mistakenly the municipality headquarters and some residential buildings, leaving dozens dead and wounded," a security official told DPA on the condition of anonymity.

Syria's official news agency SANA, however, dismissed reports of Syrian military action in Iraq as "baseless." ISIS, which is also active in Syria, already controls large swathes of eastern Syria along the border with Iraq. The insurgents' swift advances have raised international fears that Iraq is falling apart and the fighting could result in the emergence of a militant enclave. Iraq has seen increasing violence over the past year, much of it blamed on ISIS who target both security forces and Shiite civilians.

The Shiite-led government's response, with security sweeps and mass arrests, has alienated Iraq's Sunni minority, from which ISIS and other rebel groups draw their support. Maliki's security spokesman said hundreds of soldiers have been killed since the offensive began June 9. The United Nations says at least 1,075 people have been killed in Iraq between June 5 and 22, estimating that three-quarters of them have been civilian casualties.
Last Update: Jun 26, 2014 1:49 am
RELATED TOPICS