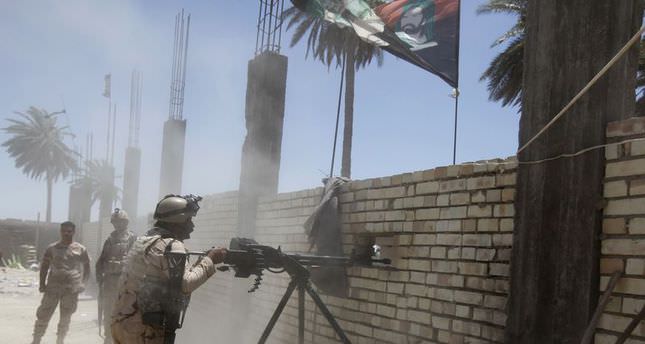 by Ragıp Soylu Jun 26, 2014 12:00 am
The U.S. government believes that one of the main reasons that allowed the rise of the powerful militant group Islamic State of Iraq and al-Sham (ISIS) in Syria are the Assad regime's direct actions.

U.S. State Departments Deputy Spokesman Marie Harf said on Wednesday that the Assad regime has allowed ISIS to expand into Iraq. "They have led to the security situation where this group could flourish. They have killed their own people. They have allowed groups like ISIS to perpetrate attacks in Syria and now cross over into Iraq." she added.

Many reports have suggested lately that the Syrian air force has never targeted ISIS forces until this week. In a surprising move to support the Maliki government in Baghdad, Syrian warplanes on Wednesday carried out a cross-border attack on Iraq's ISIS controlled Anbar Province killing at least 57 civilians and injuring more than 120 others. Most experts on Syria have been accusing the Assad regime of not attacking ISIS camps and forces, allowing them to strengthen their base in the north of the country shattering Syrian opposition in order to undermine its power, which has led to the weakening of other Syrian opposition groups.

Mohammed Al-Saud, a Syrian dissident with the National Coalition for Syrian Revolutionary and Opposition Forces told Newsweek last week that the majority of the current ISIS leadership was released from prison by Bashar Assad in 2011. In an interview with Abu Dhabi newspaper, The National, a former Syrian official also said last January that the regime further facilitated extremists' actions, in their creation of armed brigades.

The origins of ISIS have sparked a heated debate around the region as well. "Some say that ISIS was created in Iranian laboratories and I might agree with such a possibility," stated Abdullah Nasser Al Otaibi in the pan-Arab daily Al Hayat. It is, though, quite opposite in the Iranian press. Al-Monitor's Arash Karami has reported that the Iranian press is pointing a finger at Arab countries on the Persian Gulf. Iranian Javan Online published that clerics in Saudi Arabia have played a large part in inspiring jihadi groups in Iraq and Syria. The Fars News Agency has found Saudi Arabia responsible for ISIS advances as well. Josh Rogin, a senior reporter for the Daily Beast, argued in his article that "a key component of ISIS's support came from wealthy individuals in the Arab Gulf States of Kuwait, Qatar and Saudi Arabia." He said that, sometimes, the support has come with the tacit approval of these regimes.

However, some experts disagree about the Saudi government's role in funding ISIS. Lori Plotkin Boghardt, a fellow at the Washington Institute for Near East Policy, said, "At present, there is no credible evidence that the Saudi government is financially supporting ISIS. Riyadh views the group as a terrorist organization that poses a direct threat to the kingdom's security." Boghardt stated that Saudi citizens' private donations, instead of any from the government, are a significant funding source for the group, possibly funneling hundreds of millions of dollars to Syria in recent years.