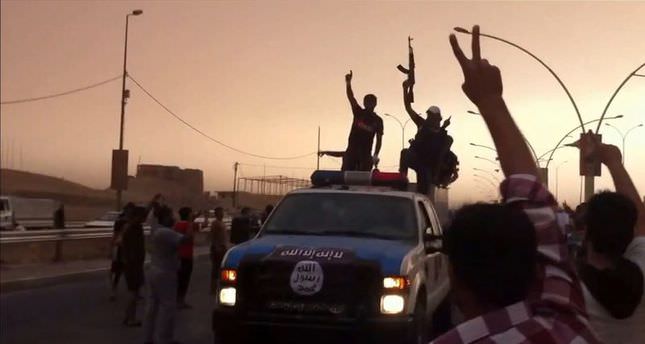 by Jun 27, 2014 12:00 am
The most influential Shi'ite cleric in Iraq called on the country's leaders to choose a prime minister before parliament sits next week to begin forming a government, to blunt an insurgency that threatens to dismember the country.

Grand Ayatollah Ali Sistani, who commands unswerving loyalty from many Shi'ites in Iraq and beyond, said political blocs should agree on the next premier, parliament speaker and president before the newly elected legislature meets on Tuesday.

Sistani's extraordinary intervention into politics forces the pace of a process that took nearly 10 months after Iraq's last election in 2010, and means the fate of Prime Minister Nuri al-Maliki - serving as caretaker after an election in April and battling to keep his job - could be decided within days.

The United States and other countries are pushing for a new, inclusive government to be formed as quickly as possible to counter the insurgency led by an offshoot of al Qaeda, the self pro-claimed Islamic State of Iraq and al-Sham.

Over the past fortnight, militants have overrun most majority Sunni areas in north and western Iraq with little resistance, advancing to within an hour's drive of Baghdad.

Iraq's million-strong army, trained and equipped by the United States, largely evaporated in the north after the militants launched their assault with the capture of the north's biggest city Mosul on June 10.

Thousands of Shi'ite volunteers have responded to an earlier call by Sistani for all Iraqis to rally behind the military to defeat the insurgents.

Under Iraq's governing system put in place after the fall of Saddam Hussein, the prime minister has always been a Shi'ite, the largely ceremonial president a Kurd and the speaker of parliament a Sunni.

Divvying up the three posts before parliament meets would require leaders from each of Iraq's three main ethnic and sectarian groups to commit to the political process and resolve their most pressing problems, including Maliki's fate.

"What is required of the political blocs is to agree on the three (posts) within the remaining days to this date," Sistani's representative said in a sermon on Friday, referring to Tuesday's constitutional deadline for parliament to meet.

Maliki, whose Shi'ite-led State of Law coalition won the most seats in the April election, had been positioning himself for a third term before the onslaught began. Some Shi'ite leaders have suggested he may be replaced with a less polarising figure, although his closest allies say he aims to stay.

Sunnis accuse Maliki of excluding them from power and repressing their sect, driving armed tribal groups to back the insurgency led by ISIS. The president of Iraq's Kurdistan region has also said Maliki should go.

Maliki allies said Sistani's call for a quick decision was not aimed at sidelining the premier, but at putting pressure on political parties not to drag out the process with infighting as the country risks disintegration.

Sunnis are divided among themselves over the speaker's post and the Kurds have yet to agree a candidate for president.

Iraqi helicopters fired on a university campus on Friday in Tikrit, the hometown of former dictator Saddam Hussein and second major city to fall to insurgents more than a fortnight ago. Government commandos launched an airborne assault on the campus on Thursday, a rare push back into rebel-held territory.

"My family and I left early this morning. We could hear gunfire, and helicopters are striking the area," said Farhan Ibrahim Tamimi, a professor at the university who fled Tikrit for a nearby town.

ISIS fighters' dramatic advance after capturing the main northern city Mosul on June 10 has transformed Iraq, threatening to destroy the country and reignite the wholesale sectarian slaughter that saw at least 100,000 Iraqis killed during U.S. occupation from 2003-2011.

U.S. President Barack Obama has ruled out sending ground forces back, but has sent up to 300 advisers, mostly special forces troops, to help the government fight the insurgents.

ISIS fighters who aim to set up a caliphate on both sides of the Syria-Iraq border consider all Shi'ites heretics deserving death. They proudly boasted of executing scores of Shi'ite government soldiers captured in Tikrit.

New York-based rights group Human Rights Watch said on Friday analysis of photographs and satellite imagery indicated ISIS had killed as many as 190 men in at least two locations over three days after they captured Tikrit. The death toll may be much higher but the difficulty of locating bodies and getting to the area had prevented a full investigation, it added.

However, there have also been accounts of government forces killing large numbers of prisoners. Several police officials told Reuters 69 prisoners had been killed on Monday while being transported from a jail in Hilla south of Baghdad. Last week 52 prisoners were killed in a jail in Baquba to the north.

In both cases the official account was that prisoners died in custody in the crossfire during insurgent attacks.

Fighters from ISIS have been joined by other, less radical groups who share their view that Sunnis have been persecuted under Maliki. The onslaught has been halted outside the capital, but militants have continued to advance and consolidate their gains elsewhere, including the area around Mosul in northwestern Iraq, which is home to many religious and ethnic minorities.

Militants took control of six villages populated by the country's Shi'ite Shabak minority southeast of Mosul after clashing with Kurdish "peshmerga" forces securing the area, according to a lawmaker and community leader.

Up to 10,000 people have also fled from the predominantly Christian communities of Qaraqosh, some 30 kilometres southeast of Mosul, since Wednesday, fearful of becoming a target for ISIL, the U.N. refugee agency said.

ISIS emerged after Abu Bakr al-Baghdadi, the leader of a group then called the Islamic State in Iraq, defied the al Qaeda leadership by moving into neighboring Syria more than a year ago to join the civil war against President Bashar al-Assad.

The group is now fighting in both Iraq and Syria, seeking to erase the frontiers and create an Islamic caliphate stretching from the Mediterranean Sea through Iraq.

In Washington, Obama asked the U.S. Congress on Thursday to approve $500 million to train and equip moderate Syrian rebels, who have been largely upstaged by the more effective ISIS forces.

Washington hopes that armed Sunni tribal groups in Iraq, which turned against al Qaeda during the U.S. "surge" offensive of 2006-2007, can again be persuaded to switch sides and back the government.