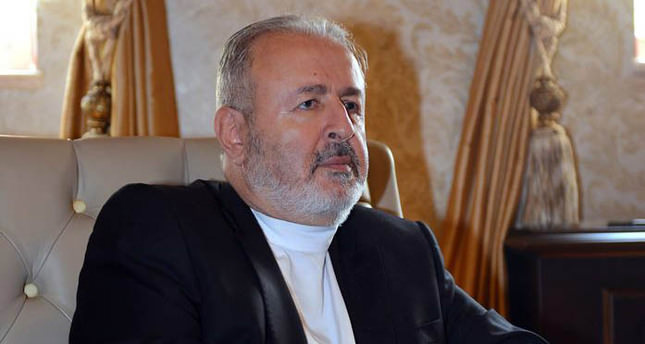 by Jun 29, 2014 12:00 am
Archbishop Aram Ateşyan, the patriarch of the Armenian Patriarchate based in Istanbul, has said the Kurdish-Turkish reconciliation process is a matter for all Turks and minorities living in Turkey and it is important for the "solution process" to have a successful end.

"The reconciliation process is not only a matter for Turkish and Kurdish people," said Atesyan during rituals in the St. Giragos Armenian Church in Turkey's southeastern city of Diyarbakır on Sunday.

"One's peace means peace for all of us and one's pain makes all us suffer," he said.

Turkey's "reconciliation process" began early last year with a ceasefire between the Turkish government and PKK.

The government pledged democratic reforms to empower minorities, particularly the Kurdish minority, which is by far the largest, forming 18 percent of Turkey's population.

The St. Giragos Armenian Church is one of the biggest and the most important Armenian churches in Armenia and was largely restored a couple of years ago.

The Diyarbakir Metropolitan Municipality and the Turkish community are to support the works by offering one million Turkish lira ($472,000).