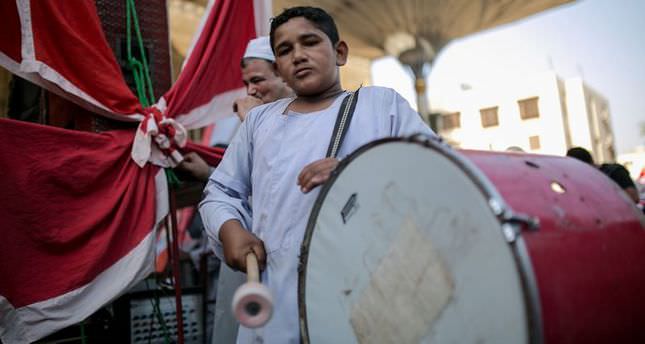 by Associated Press Jun 29, 2014 12:00 am
Egypt will restrict Ramadan sermons to topics of faith and morality, the state's top official in charge of religious affairs said Sunday, in the latest move limiting political speech in the deeply polarized country.

Mohammed Mokhtar Gomaa said the decision should ensure that sermons during Islam's holy month of fasting "unite people, not divide them," compared to what he described as a more politicized past when the country was run by Mohammed Morsi.

"The religious speech was politically driven, which affected the moral side," he told reporters at a news conference on the first day of the observance. "Now we're in a race against time trying to restore morals."

Pious Muslims spend longer times at the mosques during the month, which they devote to prayer, charity and good deeds.

The measure is the latest attempt by the state to control religious speech following last year's overthrow of President Mohammed Morsi. In recent months Egypt has banned Morsi's Muslim Brotherhood, which it declared a terrorist organization, and passed a new law restricting protests.

The ministry had already restricted preaching in mosques to state-authorized clerics.

In a separate development, a Cairo appeal court has set July 22 as the date of a retrial for a prominent Egyptian activist sentenced to 15 years in prison in absentia for organizing an unauthorized protest and assaulting a policeman.

The sentencing of Alaa Abdel-Fattah and 24 others was the latest blow to liberal activists at a time of rapidly eroding freedoms.

The sentence was the toughest against any of the secular activists behind the 18-day uprising that ended the reign of longtime autocrat Hosni Mubarak in 2011. It is also the first conviction of a prominent activist since former army chief Abdel-Fattah el-Sissi took office.