Iraqi Kurds to hold a referendum in Kirkuk 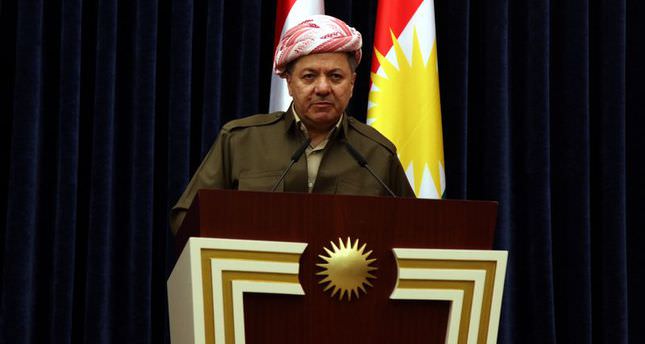 by AA Jun 30, 2014 12:00 am
A plebiscite will be held in the Iraqi city of Kirkuk based upon Article 140 of the Iraqi constitution, president of the Kurdish region of northern Iraq said Sunday.

"We are calling on the United Nations to get involved in the developments in Kirkuk and other disputed regions of Iraq where we will hold a transparent referendum," the Kurdish administration's government website cited Massoud Barzani as saying after meeting UN's Iraq representative Nikolai Miladinov in Arbil.

Barzani stressed that the ongoing crisis in Iraq is Baghdad's fault and that the central government should reconsider its policies.

Kurdish administration's defense forces -- called the Peshmerga -- seized control of the oil-rich city of Kirkuk after Iraqi army pulled out of the area in mid June following a major offensive by armed insurgents led by the militant group who self-proclaimed the Islamic State of Iraq and Sham
Article 140 of the Iraqi consitution states that a referendum is to be held in Kirkuk and other disputed areas to determine in which administration they will be incorporated.

Claiming that Kirkuk is Kurdish territory, Barzani said, "the Kurdish administration does not have to pay the price for Baghdad's wrong policies."

"Terrorists have become a neighbor of the Kurdish region due to Baghdad's ruined policy. But the Peshmerga will continue to protect out borders," he said.