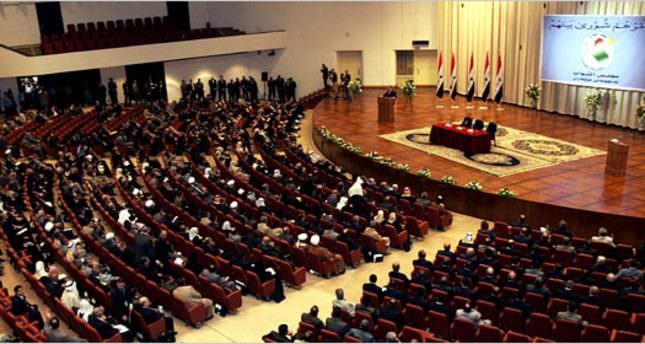 by Associated Press Jul 01, 2014 12:00 am
Iraq's new parliament convened for the first time Tuesday amid intense pressure to quickly choose a new prime minster who can confront a militant blitz that threatens to tear country apart and a spike in violence that made June the deadliest month of the year.

The country's top Shiite cleric, Grand Ayatollah Ali al-Sistani, urged lawmakers last week to agree on a prime minister, president and parliament speaker before Tuesday's meeting in hopes of averting months of wrangling that could further destabilize the country. But the prospects of a quick compromise appear distant, and embattled incumbent Prime Minister Nouri al-Maliki whose bloc won the most seats in April elections has shown little willingness to step aside.

More than 250 of the legislature's 328 members were in attendance for Tuesday's session at parliament, which is located in the heavily guarded Green Zone in central Baghdad. The proceedings opened with the playing of Iraq's national anthem, and lawmakers then took the oath of office.

The threat posed to Iraq by the recent militant offensive was underlined by new casualty figures released Tuesday by the United Nations that put June's death toll at 2,417 making it the deadliest month so far this year.

The figures issued by the U.N. mission to Iraq include 1,531 civilians and 886 security forces. UNAMI added that 2,287 Iraqis, including 1,763 civilians, were wounded.

The figures exclude deaths in embattled Anbar province, which is largely controlled by Sunni militants.

The second deadliest month this year was May, with 799 Iraqis killed, including 603 civilians. April's death toll was 750.

The latest casualty figures exceed even last year's peak. The U.N. reported that last July at least 1,057 Iraqis were killed and another 2,326 were wounded.