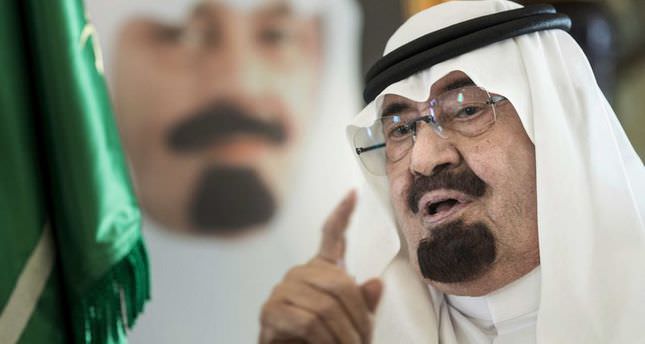 by Jul 01, 2014 12:00 am
Saudi Arabia's King Abdullah has appointed Prince Khaled bin Bandar as head of intelligence three months after his predecessor, who was in charge of efforts to support Syrian rebels against Bashar al-Assad, was sacked.

It was unclear from the royal decree issued late on Monday whether Prince Khaled will have a similar brief on Syria.

A former soldier, he served during the last year as both deputy defense minister and governor of Riyadh, one of the most prominent roles occupied by senior ruling family members in the absolute monarchy.

Saudi Arabia has watched with increasing alarm in recent weeks as Sunni militants in Iraq, who count Saudi citizens in their number, have seized swathes of territory and declared the creation of an Islamic Caliphate in that country and in Syria.

Riyadh's policy in Syria is to back rebel groups it sees as moderate in an effort to bring down Assad, a close ally of its main regional enemy Iran, whose tactics in bombing urban centers have been described by Saudi officials as "genocide".

But as young Saudis have gone to Syria to join the fight and as militant factions among the rebels have gained in strength, it has also grown concerned about eventual radicalization among its own citizens prompting domestic attacks.

Those fears have been sharpened in recent weeks after the Islamic State, previously known as ISIS, seized swathes of territory including major towns and cities in the kingdom's neighbor Iraq, where it also operates.

Last week King Abdullah ordered "all measures" to be taken to protect the country against militants and put the army on a higher state of alert.

Prince Bandar bin Sultan, who was removed from his post in April after months abroad for medical treatment and who faced intense criticism for his handling of the Syria crisis, was made a special adviser to the king and a special envoy in the decree.

He retains his post as the secretary-general of the National Security Council, state news agency SPA reported.

It was not clear if his new appointment means he will return to playing an active role in Saudi security and foreign policy.