Barzani says Iraqi Kurds will vote on independence within months 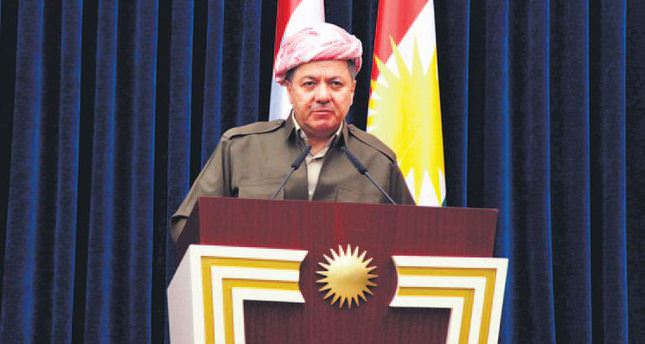 by Jul 02, 2014 12:00 am
The president of the Kurdish Regional Government, Massoud Barzani, said yesterday that a referendum will be held in the coming months for people to vote on independence while Turkey and the U.S. released statements supporting Iraq's territorial integrity.

Kurds will hold an independence referendum within months, their leader Massud Barzani said on Tuesday, as the region reels under a brutal offensive by terrorist organizations who have declared an Islamic caliphate. Barzani said the time was right for a vote as Iraq was already effectively portioned following the lightning gains by the self-proclaimed Islamic State, formerly known as the Islamic State of Iraq and al-Sham (ISIS). "We will hold a referendum in Kurdistan and we will respect and be bound by the decision of our people and hope that others will do likewise," he told the BBC.

Asked whether the vote would take place soon, Barzani added: "I can't fix a date right now but definitely it's a question of months. But of course it must be decided by parliament."

The region would need to establish an independent electoral authority before a vote could take place, Barzani noted. More than 2,000 people have died so far in the push by IS, which Iraq's security forces have struggled to combat. Regional power Turkey has already said it would be opposed to independence for Iraq's Kurds.
Last Update: Jul 02, 2014 1:48 am
RELATED TOPICS