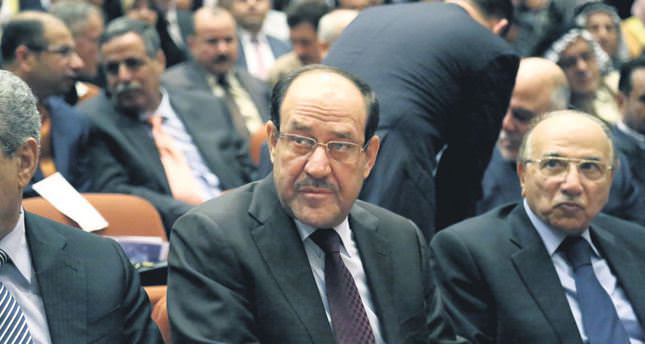 After ISIS declared itself a caliphate, Iraq's newly elected parliament convened for its first session in an effort to prevent the country from splitting apart but failed to choose a parliamentary speaker displaying a lack of progress

The first attempt by the Iraqi parliament to form a new government failed yesterday amid division over who to pick as parliamentary speaker. As the chaos in the country continues unabated, parliament decided to delay efforts for a week.

In an attempt to name a unity government which would expectedly help the country to oust ISIS militants, the new Iraqi parliament ended its first session in disarray yesterday after failing to agree on potential candidates for the parliamentary speaker position.

255 out of 328 deputies convened in Baghdad for the first time. The first task of the parliament was to elect a parliamentary speaker and two deputies, stated Mahdi Hafez, the most senior member who headed the first session. After many lawmakers left the parliament during a 30-minute recess, the session was adjourned until next Tuesday. "We have a lack of quorum and lack of agreement on the names," said Hafez while postponing the session. "Restoring security and stability in Iraq is a priority because it is a main element in development and reform," said Hafez during the session, adding that reaching an agreement over the top positions would be a crucial factor to restore peace and stability within the country. "The security setback that has beset Iraq must be brought to a stop, and security and stability have to be regained all over Iraq, so that it can head down the path in the right way toward the future," Mehdi al-Hafidh told the parliament in the first session, according to Reuters.

As the sessions have started to launch, under pressure to name a unity government, the reports state that this would lead to an end the eight-year rule of Shi'ite-led Prime Minister Nuri al-Maliki, who has long been considered as a polarizing figure in Iraqi politics.

Considering ISIS militants' violent onslaught in Iraq and Syria threatening Iraq's peace, security, and regional stability, Iran also announced yesterday that Tehran favors Iraq's territorial unity. "We are strongly against the partition of Iraq," said Hossein Amir-Abdollahian, a deputy foreign minister, said during a visit to Moscow, adding that Iran would be ready to help the Iraqi army in its battle with ISIS militants. "Iraq has come up with no request to get arms from us. But if it does, then, within the framework of international law and rules as well as bilateral agreements, the arms that Iraq needs to conduct an effective fight against terrorism will be provided," he added.

The United States also underscored the importance of Iraq's territorial integrity. "We have said that a unified Iraq is the strongest Iraq, and have said that an inclusive government that includes Sunni, Shia, and Kurds needs to be formed as soon as possible to help deal with this crisis," the U.S. deputy State Department spokeswoman, Marie Harf stated on June 27. As violent militant attacks splinter the country along sectarian lines, the U.S announced that it is in the country's best interests to remain united.

Radical Islamic State of Iraq and al-Sham (ISIS) militants, spearheading a fierce onslaught in Iraq and Syria announced on Monday that they declared to establish a caliphate, a state governed by Shariah law which stretches from northern Syria to the Iraqi province of Diyala northeast of Baghdad, while calling on all Muslims to pledge allegiance to their shadowy front man, Abu Bakr al-Baghdadi. They also announced that the organization was changing its name to just Islamic State (IS). ISIS militants reportedly erected the ISIS flag across the Syria-Turkish border. The flag can clearly been seen from Akçakale, a town within the Turkish border, witnesses said. All these developments proved that ISIS militants are challenging Al-Qaeda for control of the global jihadist movement and would become a significant threat deteriorating regional and global peace and stability.

As the violence-stricken country has been gripped by chaos since the first clashes broke out and since ISIS seized the country's second- largest cityMosul on June 10, thousands of Iraqi people have left their homes, now displaced. In addition, the United Nations reported yesterday that more than 2,400 Iraqis were killed during the heavy clashes between ISIS militants and Iraqi government forces.

More than 2,400 Iraqis, most of them civilians, were killed in June as Sunni militants swept through the north triggering the country's worst violence in years, the UN said on Tuesday. While seizing swathes of territory over the last three weeks, the report states that at least 2,417 Iraqis were killed and 2,287 wounded in June. 1,531 were civilians among those who were killed. "As large parts of the country remain under the control of ISIS and armed groups, it is imperative that national leaders work together to foil attempts to destroy the social fabric of Iraqi society," said the Special Representative of the United Nations Secretary-General for Iraq Nickolay Mladenov, focusing on the crucial importance of forming a unity government to improve the security situation of the country.
RELATED TOPICS