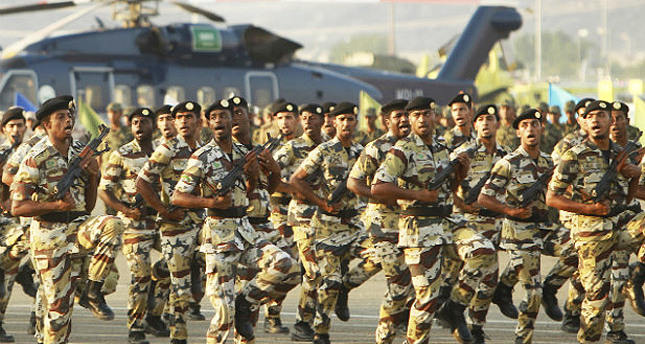 by Jul 03, 2014 12:00 am
Saudi Arabia has deployed 30,000 soldiers to its border with Iraq after Iraqi soldiers withdrew from the area, Saudi-owned al-Arabiya television said on Thursday.

The world's top oil exporter shares an 800-km (500-mile) border with Iraq, where self pro-claimed Islamic State (IS) insurgents and other militant groups seized towns and cities in a lightning advance last month.

The Dubai-based al-Arabiya said on its website that Saudi troops fanned into the border region after Iraqi government forces abandoned positions, leaving the Saudi and Syrian frontiers unprotected.

The satellite channel said it had obtained a video showing some 2,500 Iraqi soldiers in the desert area east of the Iraqi city of Karbala after pulling back from the border.

An officer in the video aired by al-Arabiya said that the soldiers had been ordered to quit their posts without justification. The authenticity of the recording could not immediately be verified.