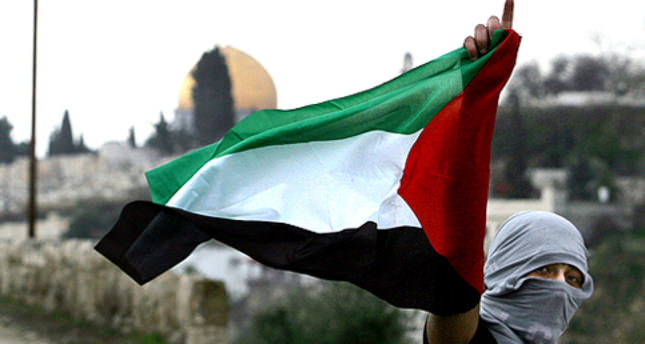 by AA Jul 03, 2014 12:00 am
A Palestinian teen was abducted and killed near Jerusalem, as his family blamed Jewish settlers in what seemed like a revenge attack for the recent killing of three young settlers. "The body of the Arab boy was found in a forest in Jerusalem," Jerusalem Mayor Nir Barakat was quoted as saying by the Israeli news site Walla. "This is a serious, barbaric and unacceptable act," he said.

According to an Anadolu Agency (AA) reporter, Israeli police summoned the father of Mohamed Hussein Abu Khdeer, 16, to identify his body. "Mohamed went to the mosque nearly half an hour before dawn prayer," his cousin, Ansam Abu Khdeer said. "Two eyewitnesses told us he was abducted by a group of Jewish settlers," she added.

"It's like we Palestinians live in hell. It is very hard," said the 27-year-old cousin. Talking to AA before being summoned by the Israeli police, the father blamed Jewish settlers for abducting his boy. "The settlers kidnapped him via a car and fled," he said. Heavy clashes are raging in the area between angry Palestinian residents and Israeli police.

The news sparked violent clashes with Israeli forces near Mohamed's house in the Shuafat district, leaving at least 70 Palestinians injured, according to sources at Shuafat medical center.

Meanwhile, amnesty International has criticized the Israeli government for "imposing collective punishment" after it carried out a series of airstrikes in Gaza following the abduction and murder of three Israeli youths.

The criticism on Wednesday came after the Israeli army said its aircraft had struck 34 sites in the Gaza Strip since Sunday, following the discovery north of Hebron on Monday of the bodies of three Israeli teens abducted nearly three weeks earlier.

Philip Luther, Middle East and North Africa Program Director at Amnesty International said: "Nothing can justify these abductions and murders, which we again condemn. Those responsible must be brought to justice. "But justice will not be served by Israel seeking revenge by imposing collective punishment, or committing other violations of Palestinians' rights. "Rather, the Israeli authorities must conduct a full, thorough and impartial investigation that leads to the prosecution of those suspected of being responsible in fair trials."

Amnesty also said the Israeli authorities had not presented any evidence to back their assertion that Hamas or two named suspects were responsible for the abductions and murders of Eyal Yifrah, 19, and Naftali Fraenkel and Gilad Shaar, who were both 16.

Tension has been high since three Israeli settlers - who went missing in June - were found dead Monday near the West Bank city of Hebron.
Prime Minister Netanyahu blamed Hamas for their deaths and threatened to retaliate.