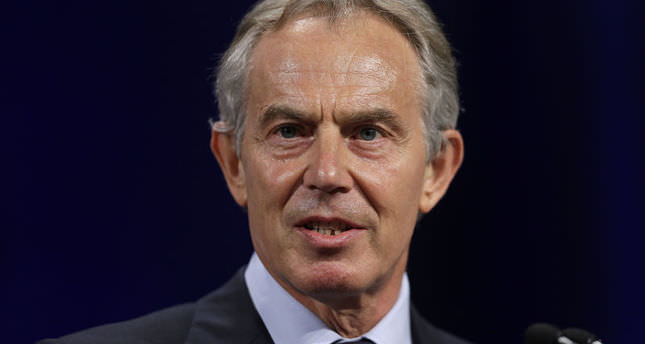 by Daily Sabah with Agencies Jul 03, 2014 12:00 am
The former UK Prime Minister Tony Blair has agreed to advise the Egyptian president, Abdel Fattah el-Sissi, who came to power in a military coup last year, The Guardian claimed on Thursday.

Blair would be advising as part of a programme funded by the United Arab Emirates that has promised to deliver huge "business opportunities" to those involved, The Guardian claimed.

However, the office of Tony Blair rejected the claims made by the paper as "nonsense". In a statement, Tony Blair's office said, "This is nothing to do with 'business opportunities' and we have absolutely no idea what correspondence the Guardian is referring to."

Tony Blair, is now the Middle East peace envoy, will give Sisi advice on economic reform according to the Guardian. However, Blair's spokesman told the Guardian that Blair would not be a formal advisor and "He is giving advice, he will have meetings, that's all."

Sisi came to power after a military coup that saw democratically elected President Morsi removed from power. Since Morsi's removal there has been a violent crackdown on Muslim Brotherhood members and supporters.